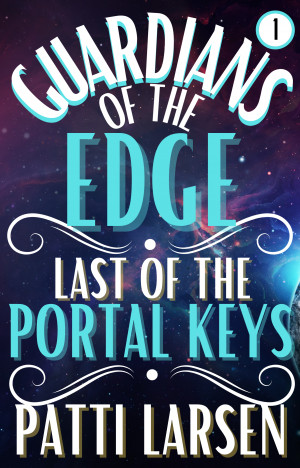 By Patti Larsen
Teen thief Aiden Trent thinks stealing the prize is just another day on the job. But when his parents disappear in a flash of light during the heist, he's left to deal with the man who hired them to steal it in the first place. But he's no ordinary young man and the artifact no ordinary chunk of rock. Triggered by the ancient Blood of the Guardians, Aiden is thrown into the Edge and the worlds it holds in search of his mother and father while the entire universe threatens to crumble around him.

Guardians of the Edge

Guardians of the Edge: Last of the Portal Keys by Patti Larsen
Series: Guardians of the Edge, Book One. Price: Free! Words: 47,460. Language: English. Published: August 21, 2012. Categories: Fiction » Young adult or teen » Adventure, Fiction » Young adult or teen » Science Fiction
Thirteen-year-old master thief Aiden Trent has been trained by the best—his parents. It's rumored there is nothing they can’t steal. So when an easy job comes up, they take it. Trouble is, the goal is no ordinary prize. In a flash of light, his parents disappear, leaving Aiden to uncover the secret behind the artifact while he flees from the man who hired them to steal it in the first place. 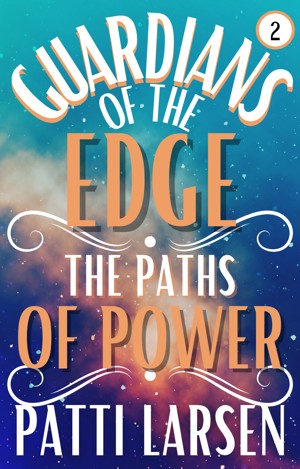 Guardians of the Edge: The Paths of Power by Patti Larsen
Series: Guardians of the Edge. Price: $2.99 USD. Words: 37,050. Language: English. Published: November 30, 2020. Categories: Fiction » Adventure » Action, Fiction » Young adult or teen » Adventure
When the insane Guardian Keymaster creates him a new Portal Key, Aiden Trent is able to finally continue his quest--to rescue his Keeper friend, Ashala, from the clutches of his enemy, Tremaine, while hunting for his lost parents. But, Ash's acquisition of Fire Paths complicate matters and have them scrambling to finish what Tremaine forced her to start before her evolution can destroy everything. 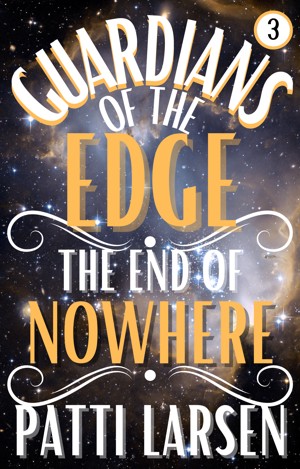 Guardians of the Edge: The End of Nowhere by Patti Larsen
Series: Guardians of the Edge. Price: $2.99 USD. Words: 36,650. Language: English. Published: December 9, 2020. Categories: Fiction » Adventure » Action, Fiction » Young adult or teen » Adventure
Ashala’s transformation is complete, six Paths and their purpose understood. With the Edge crumbling to neglect and outside attack and the Guardians gone, only Aiden and Ashala, with the help of his Portal Key, can defeat the Enemy and restore the Edge. But it means a greater sacrifice than Aiden was expecting and what may well be his final adventure into the End of Nowhere...