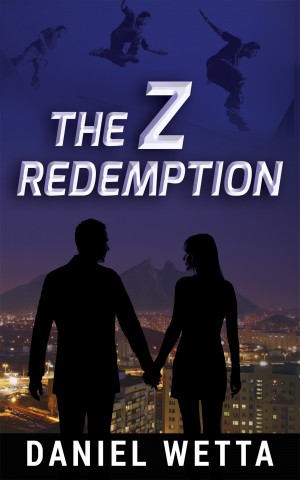 By Daniel
After Mexico dissolves into chaos following a military coup and the people take to the streets in massive demonstrations, ex-CIA agent David James and his Monterrey lover, Ana Valdez, form the "Z"s to rescue the beloved country. The Zs fight for justice in Mexico without firearms against the drug cartels! David and Ana, passionate in love, passionate for Mexico, call in their chips: David's ex-college roommate, who is now the President of the United States, and Ana's legion of followers who follow her blogs and tweets and national celebrity. Validated by current events in Mexico, the novels of The Z Redemption Trilogy will keep your heart pounding with suspense from beginning to end! Join the ordinary heroes of Mexico and the United States in their fights against the organized criminals who tear down entire countries! The short story, "Awakening from the Golden Sleep," is supplementary to the novel, The Z Redemption. "Nightfire!" is a short story prequel to the novel, Corvette Nightfire. Book three of the Trilogy is expected to be published in the summer of 2015.