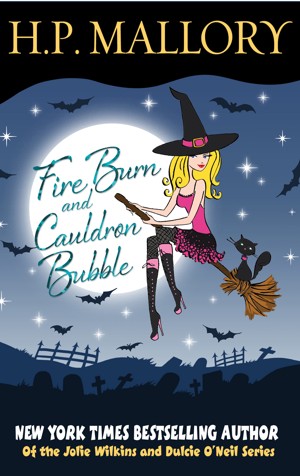 By HP Mallory
Life isn’t bad for psychic Jolie Wilkins. True, she doesn’t have a love life to speak of, but she has a cute house in the suburbs of Los Angeles, a cat and a quirky best friend. Enter Rand Balfour, a sinfully attractive warlock who insists she’s a witch and who just might turn her life upside down. Rand hires her to help him solve a mystery regarding the death of his client who also happens to be a ghost. Jolie not only uncovers the cause of the ghost’s demise but, in the process, she brings him back to life! Word of Jolie’s incredible ability to bring back the dead spreads like wildfire, putting her at the top of the Underworld’s most wanted list. Consequently, she finds herself at the center of a custody battle between a villainous witch, a dangerous but oh-so-sexy vampire, and her warlock boss, Rand.

A self-deprecating witch with the unique ability to reanimate the dead. A dangerously handsome warlock torn between being her boss and her would-be lover. A six hundred year old English vampire with his own agenda; one that includes an appetite for witches. The Underworld in a state of chaos. Let the games begin. 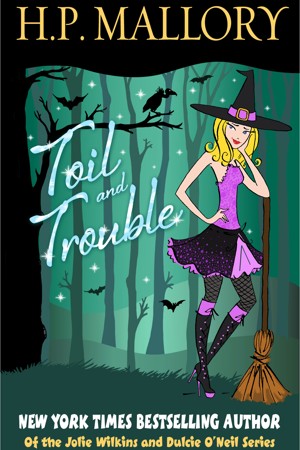 After defending herself against fairy magic, Jolie Wilkins wakes to find the creatures of the Underworld on the precipice of war. While Jolie has one goal in mind, to stake the vampire who nearly killed her, she also must choose between the affections of her warlock employer and a mysteriously sexy vampire. Jolie's life will be turned upside down when she's thrust into the shock of a lifetime. 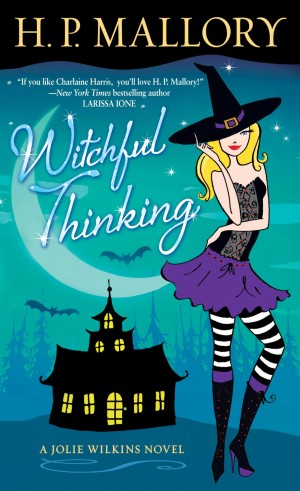 Witchful Thinking by HP Mallory
Series: The Jolie Wilkins Series (A Paranormal Romance Series), Book 3. Price: $2.99 USD. Words: 99,100. Language: English. Published: July 2, 2014. Categories: Fiction » Romance » Paranormal, Fiction » Fantasy » Paranormal
Jolie thinks she’s seen it all, but life continues to spring surprises. She’s just been crowned Queen of the Underworld. Jolie may possess a rare gift for reanimating the dead, but she doesn’t know the first thing about governing disparate factions of supernatural creatures. She can barely maintain order in her own chaotic personal life, which is heading into a romantic tailspin. 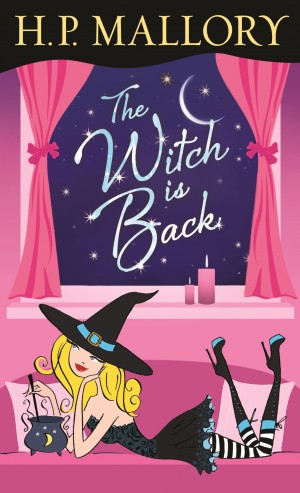 The Witch Is Back by HP Mallory
Series: The Jolie Wilkins Series (A Paranormal Romance Series), Book 4. Price: $2.99 USD. Words: 110,030. Language: English. Published: July 2, 2014. Categories: Fiction » Romance » Paranormal, Fiction » Fantasy » Paranormal
Funny and feisty witch Jolie Wilkins is back—or rather, she’s back to her humble beginnings. Propelled into the past to her old Los Angeles fortune-telling shop, Jolie has no idea she possesses extraordinary powers, and she definitely doesn’t remember becoming Queen of the Underworld. But at least she has two incredibly sexy men vying for her affection. 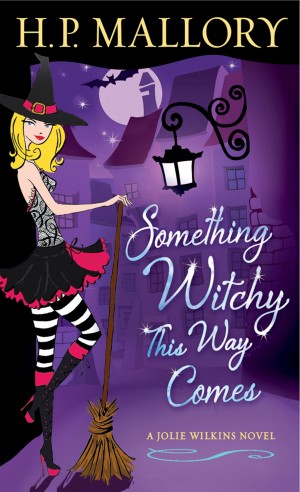 Something Witchy This Way Comes by HP Mallory
Series: The Jolie Wilkins Series (A Paranormal Romance Series), Book 5. Price: $2.99 USD. Words: 87,090. Language: English. Published: July 2, 2014. Categories: Fiction » Romance » Paranormal, Fiction » Fantasy » Paranormal
For smart and sexy witch Jolie Wilkins, being Queen of the Underworld is a royal pain. Back from a round of time travel, Jolie must now protect her realm from the sinister Lurkers—a powerful breed of half-humans bent on conquering the undead. And if there’s one thing she knows, it’s that the supernatural never go down without a fight.