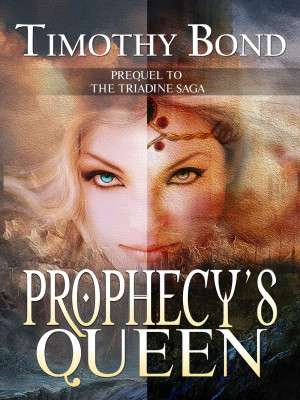 By Timothy Bond
The Traidine Saga is a series of books that takes place in a world of men, elves, dwarves, wizards, dragons - in other words in the world of Epic Fantasy. Come along with us as we adventure with Peter and Alexandra, twins born in a time when evil is growing in the land, and elements of The Prophecy are coming true for all of the people. In the first book, The Watcher's Keep, we find that the Watchers long ago abandoned their sacred duty to observe and control the power of Khollaran, an evil wizard, locked away in a distant prison at the end of the First Age. As his power grows, elements of The Prophecy appear to come true. The Guardians take actions to try to stop him, putting young Peter and Alexandra in the middle of the greatest conflict since the Breaking of the World. As the Children of the Prophecy, the twins will be tasked with a near impossible quest to recover the pieces of the Triadine and unite the races in a battle to destroy the growing evil, without destroying the very world in which they live.

In this prequel novella to the epic fantasy series The Triadine Saga, we follow the Elven Princess Rozlynn as she struggles with her role in The Prophecy and what she must do to keep the world from falling into darkness. 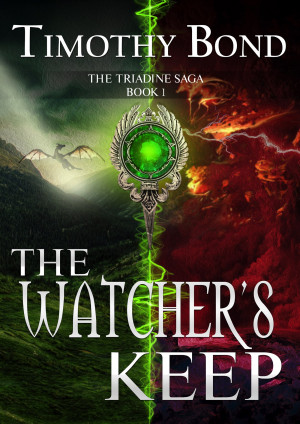 The Watcher's Keep: An Epic Fantasy by Timothy Bond
Series: The Triadine Saga. Price: $3.99 USD. Words: 274,720. Language: English. Published: December 13, 2014. Categories: Fiction » Fantasy » Epic, Fiction » Fantasy » General
Join the Children of the Prophecy as they pursue the fabled Triadine, a talisman of unequaled power, in an attempt to banish the Dark Wizard from the land once and for all. 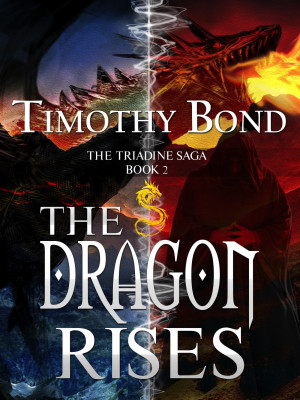 The Dragon Rises: An Epic Fantasy by Timothy Bond
Series: The Triadine Saga. Price: $3.99 USD. Words: 148,770. Language: English. Published: February 10, 2015. Categories: Fiction » Fantasy » Epic, Fiction » Fantasy » General
In this continuation of the epic fantasy The Watcher's Keep, the battle between good and evil continues. Goblins are growing in strength and boldness, venturing into the world to battle both men and dwarves. The elves continue to be locked away in seclusion allowing caution and betrayal to guide them to their destiny. Will the Children of the Prophecy fulfill their destiny or will evil triumph. 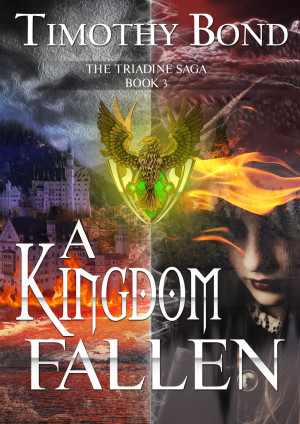 A Kingdom Fallen: An Epic Fantasy by Timothy Bond
Series: The Triadine Saga. Price: $3.99 USD. Words: 177,270. Language: English. Published: December 22, 2017. Categories: Fiction » Fantasy » Epic, Fiction » Fantasy » General
In this continuation of the epic fantasy series–The Triadine Saga–Peter we follow Peter and Alexandra as they continue to fight for the salvation of the world.