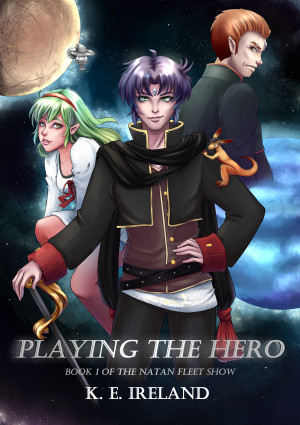 Playing the Hero by Moirae Publishing
Series: Natan Fleet Show, Book 1. Price: $0.99 USD. Words: 113,040. Language: English. Published: October 4, 2010. Categories: Fiction » Science fiction » Space opera
Vathion used to be a normal Gilon boy, but the day his father was assassinated, he lost everything. To save his people from the tyrannical rule of a madman he must find a way to end Gilonnia’s Civil War before word of his father’s death spreads. Vathion’s strength of will is put to the test as he struggles to maintain the loyalty of his crew and hide the truth. 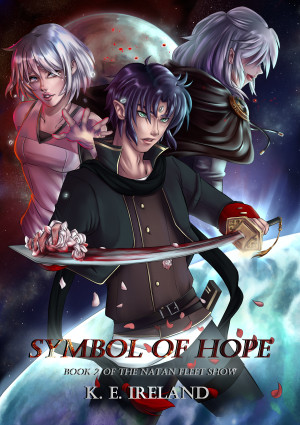 Symbol of Hope by Moirae Publishing
Series: Natan Fleet Show, Book 2. Price: $4.99 USD. Words: 116,240. Language: English. Published: October 9, 2011. Categories: Fiction » Young adult or teen » Sci-Fi & fantasy
After the events of Playing the Hero, Vathion is sent to investigate Toudon, where he discovers Ha'Likka's hidden Navy, and is captured when Natan's killer reveals himself. In the chaos, Natan's true whereabouts are discovered. Natan is left torn between duty and family, meanwhile Vathion fights to retain his sanity. Both cling to the only thing they can accomplish: ending the war. 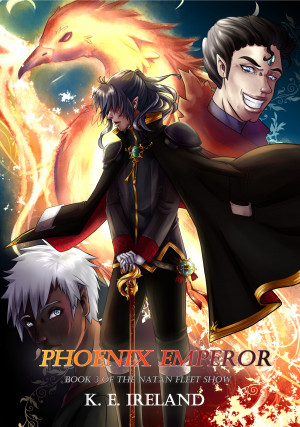 Phoenix Emperor by Moirae Publishing
Series: Natan Fleet Show. Price: $4.99 USD. Words: 111,120. Language: English. Published: April 8, 2017. Categories: Fiction » Science fiction » Space opera
Ha'Likka is dead, but her memory will live on through the scars she left on the Empire. Now, Natan must hold everything together long enough for Vathion to recover, but it's a multi-front fight against the real culprits behind the civil war, and his own biology quickly killing him with Widow Syndrome. Despite all that, his biggest fear is whether Vathion is sane.