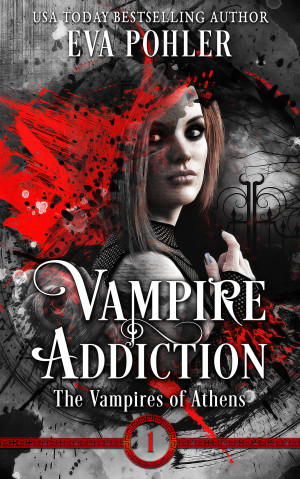 By Eva Pohler
Seventeen-year-old Gertrude Morgan is shipped away from her home in New York City to the American school in Athens. But the city of Athens has secrets. As Gertie uncovers the unfathomable secrets of this ancient city, she is drawn to the beauty and deep thoughts of a boy she first met on the bus into Athens--Jeno. Her host family and another boy she later learns is a demigod warn her to stay away from him, but her curiosity gets the best of her and she unwittingly becomes a catalyst in an uprising led by Dionysus, the god of wine and lord of the vampires.

The Vampires of Athens

As seventeen-year-old Gertie, studying abroad from New York, uncovers the unfathomable secrets of this ancient city, she becomes involved with a handsome vampire. Is it love that attracts her, or the temporary powers from his bite? She's more confused when her heart is drawn to the vampire's enemy--a demigod sworn to protect the city--and she becomes an unwitting catalyst to war. 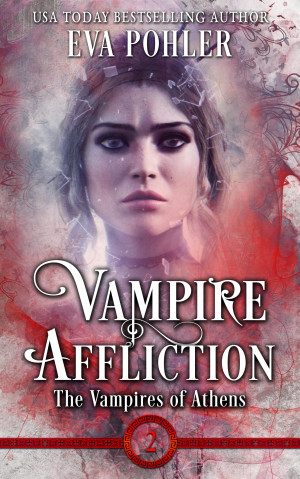 Vampire Affliction by Eva Pohler
Series: The Vampires of Athens. Price: $4.99 USD. Words: 53,200. Language: English. Published: May 11, 2015. Categories: Fiction » Young adult or teen » Fantasy, Fiction » Children’s books » Legends, Myths, Fables / Greek & Roman
The vampires want liberty at any cost. The demigods want to protect their city. As the three unlikely friends discover that neither side is perfectly good or evil, they work together to bring about the best outcome; but, when their parents and the gods undermine their efforts, the three teens realize they're on their own and no one will save them. 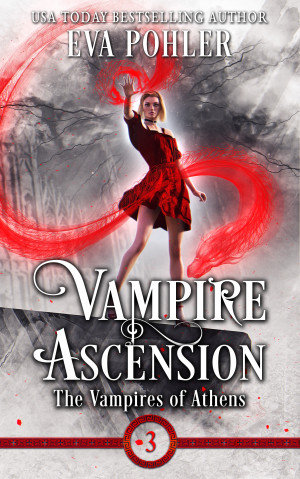 Vampire Ascension by Eva Pohler
Series: The Vampires of Athens. Price: $5.99 USD. Words: 57,540. Language: English. Published: August 14, 2015. Categories: Fiction » Young adult or teen » Fantasy, Fiction » Children’s books » Legends, Myths, Fables / Greek & Roman
When seventeen-year-old Gertie studies abroad in Athens, she unwittingly becomes a catalyst to an uprising led by Dionysus, lord of the vampires. In this final installment, Gertie, Jeno, and Hector struggle to bring a peaceful resolution to the war in Athens, but any success they make comes at great cost. How many more people must die for freedom and justice?