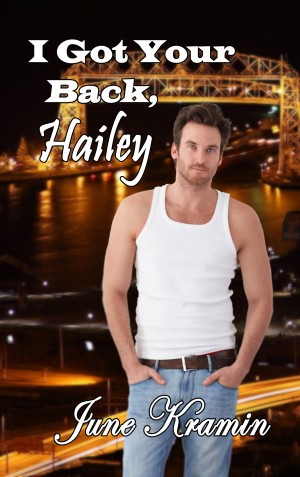 By June Kramin
When Hailey stumbles upon a backpack full of money on her nightly jog, she is forced to flee the security of her secret identity. Although the sudden appearance of a man that had been flirting with her earlier seems odd, Hailey accepts Parker’s help in getting the heavy bag home. Within moments of arriving, they escape under gunfire. The men it was intended for want it back, and Hailey has now made herself a target. Safe in a motel room, the two of them discover the truth: although their meeting was an accident, Parker had been involved in the bag’s drop and she had been his assignment all along. Now, getting Hailey away safely is Parker’s new mission. Together they struggle to put together the pieces of Hailey’s past and discover that they have more in common than they thought. Being on the run, keeping Hailey’s family safe, and searching for clues to put away the man that wants her dead are hard enough. Falling in love in the middle of it all was the last thing either one of them expected.

I Got Your Back, Hailey 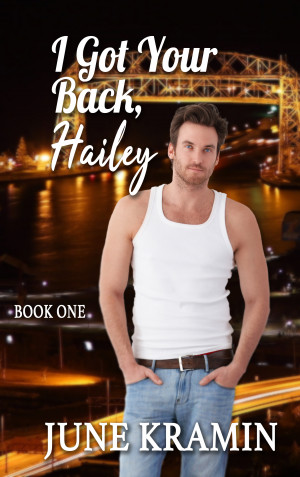 I Got Your Back, Hailey by June Kramin
Series: I Got Your Back, Hailey. Price: Free! Words: 98,130. Language: English. Published: April 4, 2014. Categories: Fiction » Women's fiction » General
When Hailey stumbles upon a backpack full of money on her nightly jog, she escapes under gunfire with Parker - a man she'd met only moments sooner. Leaving the security of her secret identity behind, they put together the pieces of Hailey's past and try to put a stop to the man that wants her dead. Falling in love in the middle of it all was the last thing either one of them expected. 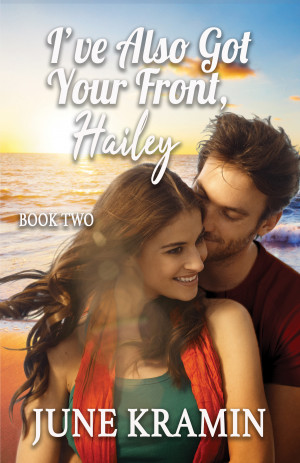 I've Also Got Your Front, Hailey by June Kramin
Series: I Got Your Back, Hailey. Price: $0.99 USD. Words: 81,250. Language: English. Published: July 7, 2015. Categories: Fiction » Women's fiction » General, Fiction » Thriller & suspense » General
Donny's much needed vacation is interrupted by a woman in trouble. Now injured, he calls for the rest of the teams help. Getting her away safely from the drug lord she was running from becomes their new mission. Keeping Parker's Mexico retreat in the clear while trying to keep the woman safe quickly turns this into their most dangerous job yet. 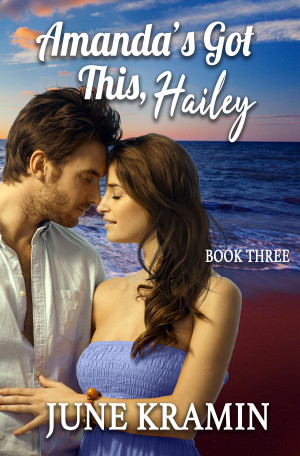 Amanda's Got This, Hailey by June Kramin
Series: I Got Your Back, Hailey. Price: $1.99 USD. Words: 78,990. Language: English. Published: September 16, 2016. Categories: Fiction » Romance » Suspense
Book three in the Hailey series is back full force, bringing you Hunt and Amanda from the Hunter’s Find series! Alexis once again needs Parker and Hailey's help. Someone is after her father’s business, even if it means eliminating her to get it. Donny is forced to take out an unidentified assailant, which brings in the FBI, searching for answers. 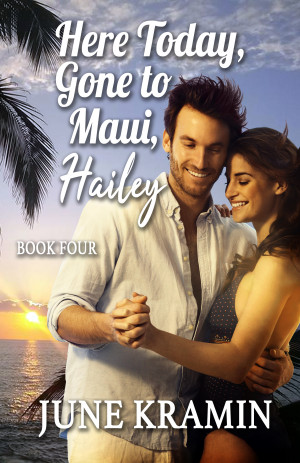 Here Today Gone to Maui, Hailey by June Kramin
Series: I Got Your Back, Hailey. Price: $2.99 USD. Words: 74,850. Language: English. Published: May 1, 2018. Categories: Fiction » Romance » Suspense, Fiction » Romance » Contemporary
A relaxing day on her favorite beach on Maui comes to a screeching halt when Hailey finds a little girl wandering alone. After discovering who her father is and his mob past, Hunt and Amanda are called in once again to help the team. Trusting anyone is a luxury even Parker can’t afford. Drug activity, property wars, and more secrets from the past come back to haunt them all. 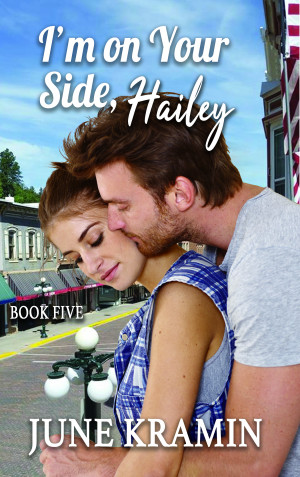 I'm on Your Side, Hailey by June Kramin
Series: I Got Your Back, Hailey. Price: $2.99 USD. Words: 77,120. Language: English. Published: April 12, 2019. Categories: Fiction » Romance » Contemporary
Seth’s parents come to Parker and his team for help when his mother demands to be in touch after over 20 years. Biker gangs, drug deals, and a murder are only the beginning. Don’t miss book 5, the final in the I Got Your Back, Hailey series!