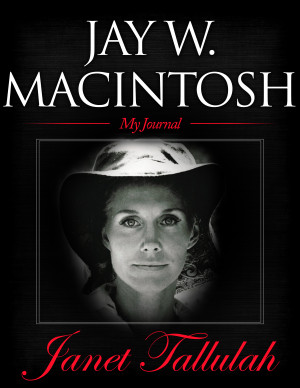 By Jay W. MacIntosh
Three Journals - Journal of Janet Tallulah, Volume 1, Journal of Janet Tallulah, Volume 2, and Janet Tallulah, a combination of Journal 1 & 2 with additional material. Janet Tallulah Jewell is born in a small town in Georgia in the 1930’s. She is the third daughter of young man – Jesse Dickson Jewell - who owns a chicken hatchery with his mother in Gainesville. Janet’s mother – Anna Lou - is a housewife. She raises Janet to be a housewife. Janet has other plans. Lead, shine, star, confront, enjoy, explore. By the time Janet is 31, she leaves Georgia and move to Los Angeles, California – coaxing her husband, Darrell, and three children to go with her. This Journal begins after Janet had been in LA for a year. Depressed, discouraged, naïve, and disillusioned, Janet attends a retreat focusing on depth psychology. Conducted by Jungian psychologist Ira Progoff, Janet immerses herself in a journalistic approach to humanistic psychology and begins writing in a Journal. This book covers her journey during those early years in LA – the time when she struggles to learn how to juggle being a wife, mother, and actress and change– all at the same time. 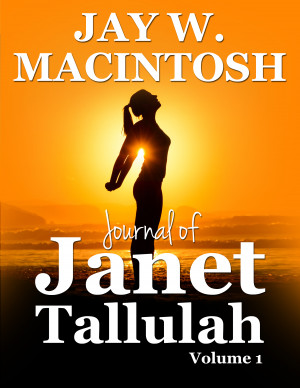 Journal of Janet Tallulah, Volume 1 by Jay W. MacIntosh
Series: Journals by Jay W. MacIntosh. Price: $3.99 USD. Words: 134,150. Language: English. Published: November 22, 2017. Categories: Nonfiction » Biography » Personal memoir
Journal of Janet Tallulah, Volume I, is a courageous and intimate inner record of a young woman's struggle for meaning and direction in life. It is honest and open in its internal conversation. 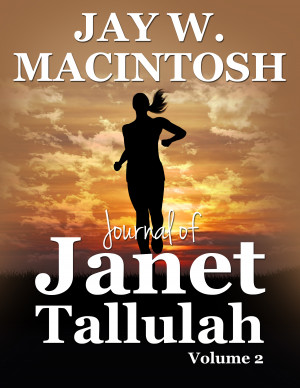 Janet Tallulah by Jay W. MacIntosh
Series: Journals by Jay W. MacIntosh. Price: $9.96 USD. Words: 249,200. Language: English. Published: December 29, 2012. Categories: Nonfiction » Self-improvement » Personal Growth / Success, Nonfiction » Antiques & Collectibles » Americana
Janet Tallulah Jewell was born in a small town in Georgia in the 1930’s. She was the third daughter of young man who owned a chicken hatchery with his mother. Janet’s mother was a housewife. She raised Janet to be a housewife. By the time Janet was 31, she left Georgia and moved to Los Angeles, California. This Journal begins after Janet had been in LA for a year