By James E. Aarons DVM
....I am Katie Reynolds from Táchii’nii Diné, the Red Running into the Water clan. I am born for Bilagáana Diné, the Anglo clan. I am a Diné woman, a Navajo Indian. I am also a veterinarian: Katie Reynolds DVM... Katie Reynolds is a modern Navajo Indian. They call themselves the Diné. Early in her life Katie was bitten with the bug, the bug to help animals. Both Katie and Rene, a younger college fellow, were sent to Iraq to work on a brucellosis outbreak that was jumping from sheep to people in the war torn areas of Iraq. A military crisis flared up, compromising the safety of aid workers. Katie was blown up by a grenade in the temple of Lalish. She survived, and slowly recovered. However as her mind cleared from the fog of hurt and trauma she realized she was no longer living in the 20th century. 1350 BC must have looked pretty scary to Katie Reynolds. Luckily for her she was found to be valuable, and was nurtured back to full health. Better yet, her dramatic appearance back there caused a chain of events where she was thought to be a goddess that had come to earth. Ishtar coming to earth was a deal changer. 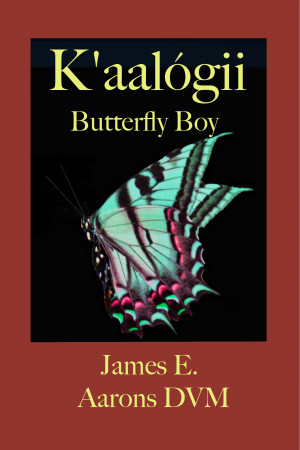 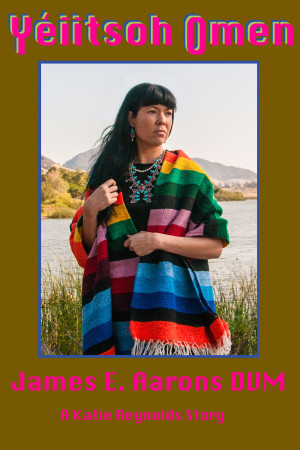 Yé'iitsoh Omen by James E. Aarons DVM
Series: The Katie Reynolds Stories. Price: $1.99 USD. Words: 92,980. Language: English. Published: July 17, 2016. Categories: Fiction » Romance » Time travel, Fiction » Romance » Western
Katie returns to her native reservation as a new veterinarian where evil spirits, both Ute and Navajo are on a tirade to push her back out. Temporarily defeated she joins Rory at his veterinary practice in California where he shows her the beauty of the paradise he has stumbled onto. He reopens an old veterinary clinic to entice her to settle in with him. Yet Katie cannot shake the call to return. 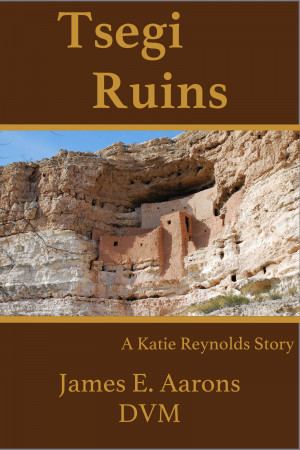 Tsegi Ruins by James E. Aarons DVM
Series: The Katie Reynolds Stories. Price: $1.99 USD. Words: 100,480. Language: English. Published: August 18, 2016. Categories: Fiction » Romance » Time travel, Fiction » Romance » Western
The spirits are pushing harder. They want something from Katie, yet she’s unsure what it is. They don’t want to kill her otherwise she’d be toast by now. The answer becomes clearer following an all night peyote tipi rite. Rory realizes the tug on Katie might pull her from him, and he ups the ante by marrying his sweetheart. 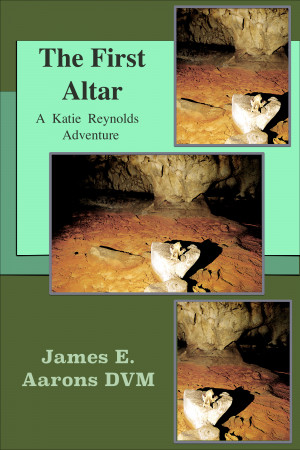 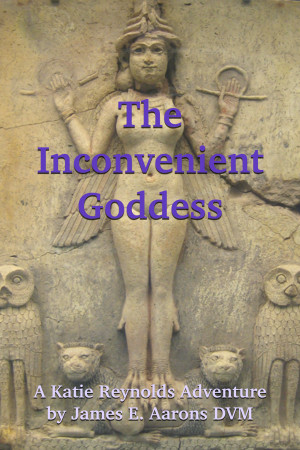 The Inconvenient Goddess by James E. Aarons DVM
Series: The Katie Reynolds Stories. Price: $4.99 USD. Words: 74,080. Language: English. Published: August 21, 2015. Categories: Fiction » Historical » Ancient, Fiction » Romance » Time travel
Katie Reynolds, a young veterinary doctor is blown into the past by a grenade blast after being sent to war-torn Kurdistan to find a disease spreading from animals to people. Unexpectedly caught in a firestorm, she is cast into the time of the Egyptian pharaohs, where she has only her intelligence to keep her alive in the extraordinary and archaic time of 1320 BC.