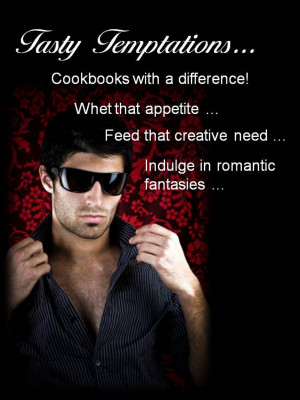 By Cynthia B Ainsworthe
Cookbooks with a difference! Who says a cookbook should follow the same old rules of food illustrations and recipes? Tasty Temptations offers entertainment for the cook as well as delicious recipes with photographs of luscious food, and mouth-watering pictures of hunky men along with a sizzling story thread after each recipe. Reward yourself or that special cook in your life with a culinary book offering serious recipes and entertainment that will cause whipping of that meringue just a bit faster while viewing handsome men and reading an intriguing romance. Multi-award winning author, Cynthia B. Ainsworthe fashions a unique and passionate approach in both her novels and cookbooks. She has received celebrity endorsements from famous actor Terri Garber (of North and South miniseries, playing Ashton Main opposite Patrick Swayze, among other television series such as Dynasty, and numerous others) and renowned Hollywood screenwriter, director, producer Scott C. Brown. 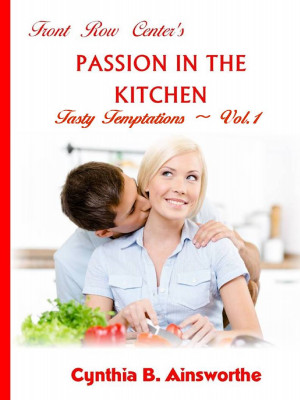 Unique gift! Discover the passion for not only cooking, but for enriching the joie de vivre! Recipes that create delicious entertaining and romantic conclusions. Whether cooking for two or more, easy dishes turn an ordinary eating experience into a memorable event. Luscious pictures of recipes, gorgeous photos of men, and a romantic story thread after each recipe spice the cook’s imagination. 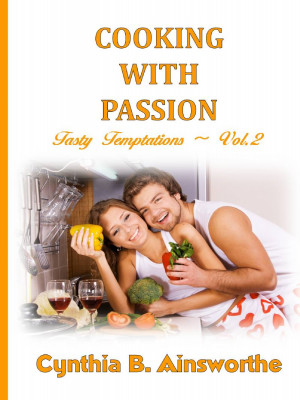 Want more adventure in your culinary endeavors? More spice to stir up those creative juices? How about a hunky shirtless man in your kitchen? Cooking with Passion has a playful approach to cooking with delicious over 114 recipes that range from American to European. 139 full-color photos. No longer will meatloaf be that boring dish or fish have that same old sauce. Friends will beg for the recipe!