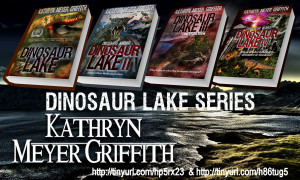 By Kathryn Meyer Griffith
Chief Park Ranger Henry Shore has a dinosaur problem in and around Crater Lake...swimming, crawling, running and flying prehistoric creatures which shouldn't exist, but do. In the end they threaten not only Henry's park but the whole world and he, his rangers, soldiers, friends and a paleontologist son-in-law have to fight and defeat them to save the planet. There are four: Dinosaur Lake, Dinosaur Lake II: Dinosaurs Arising, Dinosaur Lake III: Infestation and Dinosaur Lake IV: Dinosaur Wars. 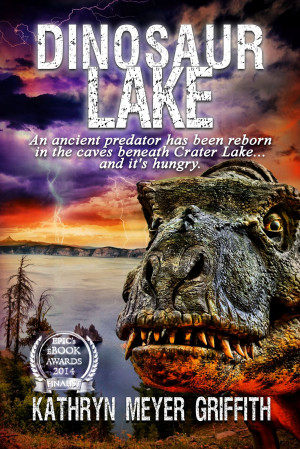 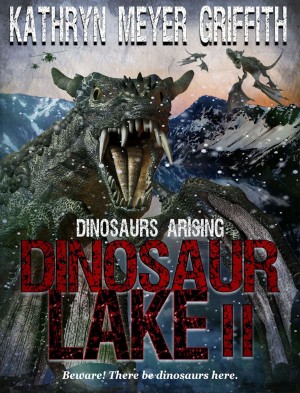 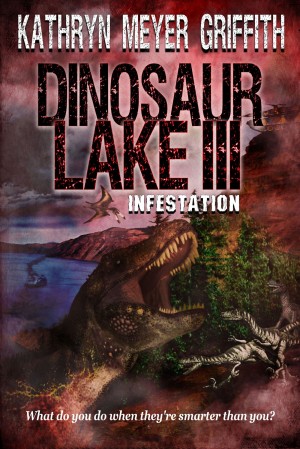 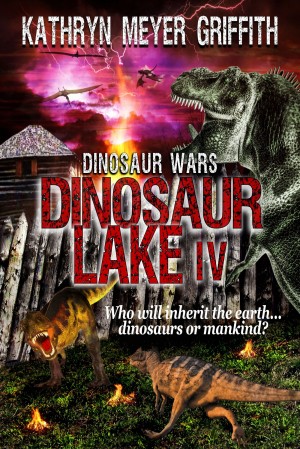 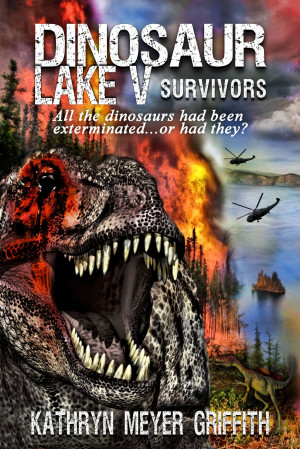 Dinosaur Lake V: Survivors by Kathryn Meyer Griffith
Series: Dinosaur Lake. Price: $6.99 USD. Words: 82,640. Language: English. Published: January 26, 2019. Categories: Fiction » Science fiction » Adventure, Fiction » Thriller & suspense » General
Everyone thought, after the dinosaur wars, all the dinosaurs were dead and gone, but there were still two remaining. A small benevolent dinosaur and a larger malevolent predator. Sworn enemies. Which one would survive? Which one would threaten humanity?