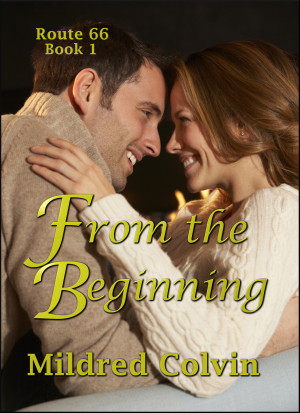 By Mildred Colvin
Route 66 is one of the early roads of the American Highway System that in 1926 opened the American West just as the Oregon Trail had done almost one hundred years earlier. Nicknames of this celebrated road are "Main Street of America" and "The Mother Road." Redeeming Sarah's Present is book two of the Christian romance series, Route 66, formerly published by Barbour Publishing. Three friends, who grew up along Route 66 in Illinois, have spread from the beginning in Chicago, Illinois, to the middle in Amarillo, Texas, and to the end in Los Angeles, California, all staying near the old Mother Road. Follow Tessa in Amarillo, Sarah in Chicago, and Amanda as she moves from California back to her roots in Illinois. Each must move past their current mindset to rekindle the special love of their past they thought was dead.

From the Beginning by Mildred Colvin
Series: Route 66. Price: $0.99 USD. (Free!) Words: 30,190. Language: English. Published: December 19, 2019. Categories: Fiction » Christian » Romance, Fiction » Romance » Clean & wholesome
Childhood friends, Tyler Baynes and Kim Norwood, have always loved each other, but is it enough for marriage? He says yes, she says no. He becomes a better father to her son than her husband ever was, and she loves the time they spend together. But she refuses to rely on anyone, even someone as wonderful as Tyler. Can he convince her that his love isn't pity but the marrying kind? 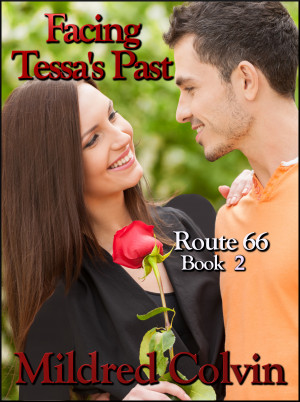 Facing Tessa's Past by Mildred Colvin
Series: Route 66. Price: $1.99 $1.39 USD. (30% off!) Words: 54,020. Language: English. Published: April 12, 2017. Categories: Fiction » Christian » Romance, Fiction » Romance » Contemporary
Single mom Tessa Stevens and her three sons vacation along Route 66 following the old road as much as they can. They see interesting sights along the way, but one she didn't expect is her youngest son's father. Blake Donovan never knew he had a son, but when he recognizes Tessa in his restaurant, he'd like nothing better than to reconnect with the woman he loved. Has too much changed in 11 years? 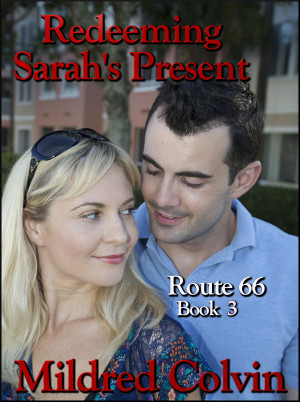 Redeeming Sarah's Present by Mildred Colvin
Series: Route 66. Price: $1.99 $1.39 USD. (30% off!) Words: 54,100. Language: English. Published: May 2, 2017. Categories: Fiction » Christian » Romance, Fiction » Romance » Clean & wholesome
Eighteen years after giving her baby son up for adoption, Sarah has never forgotten him and is thrilled to finally meet him. Kevin is also eager to meet his now grown son. Neither Sarah nor Kevin expect to meet and are unprepared for the impact their brief encounter has on their lives, because once they've each seen the other, they can't let go. 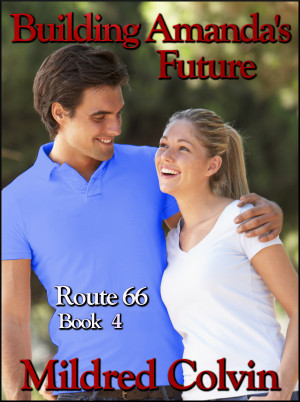 Building Amanda's Future by Mildred Colvin
Series: Route 66. Price: $1.99 $1.39 USD. (30% off!) Words: 50,540. Language: English. Published: August 8, 2017. Categories: Fiction » Christian » Romance, Fiction » Romance » Clean & wholesome
Amanda's past, present, and future set her on an emotion-filled ride near Route 66 as a man from her past wants to become part of her future. Returning home after her husband and daughter died in a car accident isn't what Amanda wants. Neither does she want to face the man who she believes betrayed her with her friend. But did he? Even if not, can Amanda find forgiveness and love in her heart?