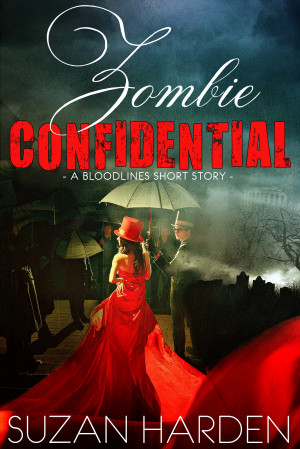 By Suzan Harden
Your favorite Bloodlines characters starring in their own snarkalicious stories. 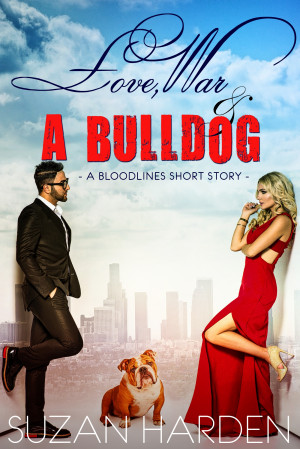 Love, War and a Bulldog by Suzan Harden
Series: Bloodlines Shorts. Price: $2.99 USD. Words: 4,700. Language: English. Published: December 2, 2013. Categories: Fiction » Romance » Paranormal, Fiction » Adventure » Action
Emerson O’Malley, a were-bulldog, has been trapped in his canine form since the day he was born. Even worse, the likelihood of him losing his virginity is zero. But when he rushes in to rescue three nymphs, he pisses off the Greek goddess Aphrodite, who curses him into human form. Does he take advantage of his one night with the woman he loves or does he save Los Angeles from the goddess’s wrath? 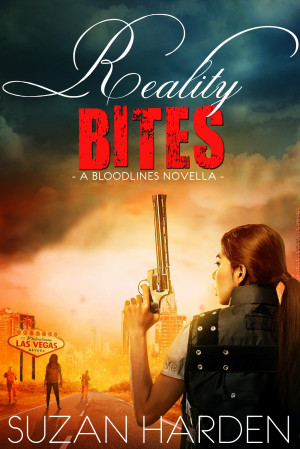 Reality Bites by Suzan Harden
Series: Bloodlines Shorts. Price: $2.99 USD. Words: 28,730. Language: English. Published: August 15, 2019. Categories: Fiction » Fantasy » Urban, Fiction » Adventure » Action
Being a regular human in the supernatural world is never easy, something Mai Osaka learned before she could walk. So when her boyfriend’s fairy ex strolls into the casino where Mai is head of security, she knows there’s more to the Seelie’s story than she’s telling. But can Mai figure out the real plan and who’s behind it before the fae pull the biggest heist in the history of Las Vegas? 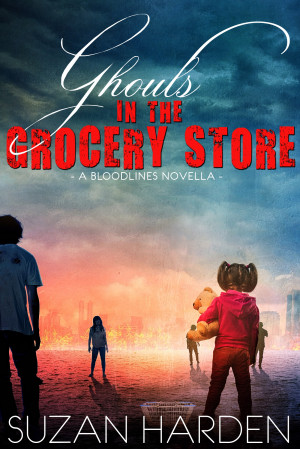 Ghouls in the Grocery Store by Suzan Harden
Series: Bloodlines Shorts. Price: $2.99 USD. Words: 26,710. Language: English. Published: September 15, 2019. Categories: Fiction » Fantasy » Urban, Fiction » Adventure » Action
After the murder of her husband by enemies of her uncle’s coven, Tiffany Stephens wants a normal life for her five-year-old daughter. But Ellie’s blood holds the key to the vampires’ salvation or their destruction, and there are those who will stop at nothing to obtain the child. Jake Wong will do anything to protect his best friend’s daughter, but can he convince Max’s widow second chances