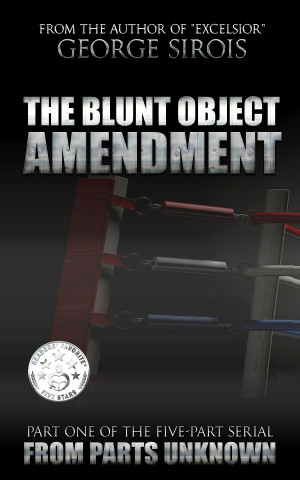 By George Sirois
Out of work. Out of insurance. Out of options. All Stephen Barker wants is to provide a better life for his wife and child, and his only answer is to become a star in the last remaining sport in America, the Gladiatorial Combat League. But while Stephen's intentions are noble, he has no idea that the GCL is becoming more and more corrupt behind the scenes. The current World Champion, Kyle Flyte, is forced to deal with constant rule changes proposed by the head booker Vornakai, including the use of weapons in the ring. But Vornakai is keeping his latest plan to usurp the championship a secret from everyone. If it works, it will turn an ordinary man into a weapon to tear through the GCL ranks. All he needs is a test subject. Someone like Stephen.