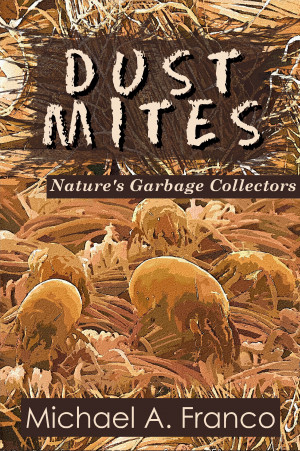 By Michael A. Franco
Dust mites are living creatures, smaller than a pinhead, roaming, blind little things, that look like a walking stomach with a mouthpart. And Jerusalem crickets are called 'Woh-tzi-Neh' (translated as "old bald-headed man" or “skull insect”) by Native Americans. In Spanish, it's called " ñina de la tierra" or "child of the earth," because of its large, bald “baby face.” The Horsehair worm is a parasite which enters and lives inside an insect until the worm matures. It then compels the insect host to seek and enter water, where the horsehair worm emerges and lives out the remainder of its life. Together, these three children's books explore some strange little creatures found in nature.

DUST MITES Nature’s Garbage Collectors by Michael A. Franco
Series: Strange Little Creatures. Price: $4.99 USD. Words: 1,970. Language: English. Published: November 18, 2015. Categories: Nonfiction » Children's Books » Science & Nature / Biology
Dust mites are tiny, almost microscopic little creatures that live in things where you spend lots of time-- like your bed, your pillow, on the comfy couch, and the shaggy rug. They are always hungry, but you’ll never guess what they hunger for, and what they munch on all the time? 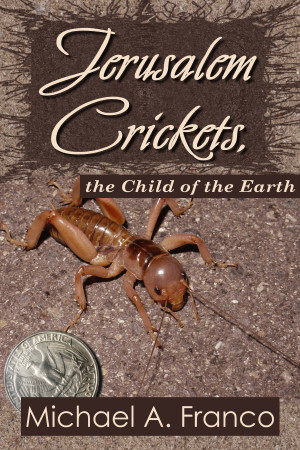 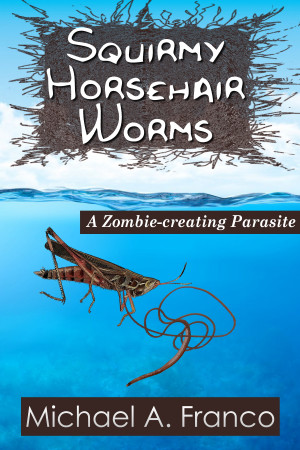 Squirmy Horsehair Worms: A Zombie-creating Parasite by Michael A. Franco
Series: Strange Little Creatures. Price: $4.99 USD. Words: 1,790. Language: English. Published: September 11, 2017. Categories: Nonfiction » Science & Nature » Biology, Nonfiction » Children's Books » Curiosities & Wonders
The horsehair worm is swallowed in larval form by an insect host. As the worm grows and matures inside the insect, the insect host seems to surrender its will to the worm. Three months later, the host, almost zombie-like, is compelled to seek out water. When the insect enters the water, the mature horsehair worm emerges from the host’s body wall---as a writhing, knotting, mass of hair-like worm.