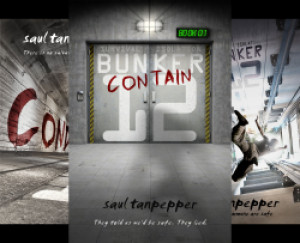 By Saul Tanpepper
Three years after a highly contagious disease swept the globe, turning its victims into mindless, soulless killing machines, a group of survivors emerge from one of ten bunkers. They are the last of Humanity. Or are they? Now, armed with clues that an mysterious twelfth bunker holds the secret to the cure, they set out to find the elusive haven. But the disease, known as The Flense, still exists, and it becomes a race against time to find Bunker 12 before they're all infected. (And look for the companion series, THE FLENSE). 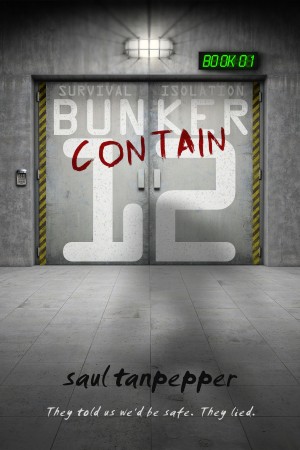 Contain (BUNKER 12 Book 1) by Saul Tanpepper
Series: BUNKER 12, Book 1. Price: $2.99 USD. Words: 76,340. Language: English. Published: April 26, 2015. Categories: Fiction » Science fiction » Apocalyptic, Fiction » Young adult or teen » Thriller & Suspense
Safe inside ten isolated bunkers are Humanity's survivors, all working to unravel the mystery of the Flense, a highly contagious and grisly disease spread by the slightest contact. For 18-y/o Finnian Bolles, life inside may be no bed of roses, but at least it's safe. Or so he's always believed. The shelters were never meant to protect forever. In fact, they were never meant to protect at all. 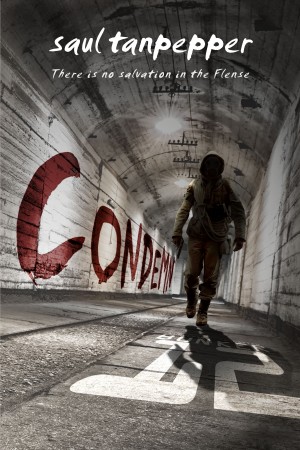 Condemn: The Post-Apocalyptic Thriller by Saul Tanpepper
Series: BUNKER 12, Book 2. Price: $2.99 USD. Words: 84,450. Language: English. Published: November 11, 2015. Categories: Fiction » Science fiction » Apocalyptic, Fiction » Thriller & suspense » Action & suspense
3 years after the Flense decimates civilization, Finn Bolles and a dozen survivors flee the security of Bunker 8. Hoping for clues to the plague, they seek the mysterious Bunker 12. But when Finn splits away to search for his brother, the group becomes fractured and vulnerable. Soon, they'll discover that there are monsters far more terrifying than Wraiths. 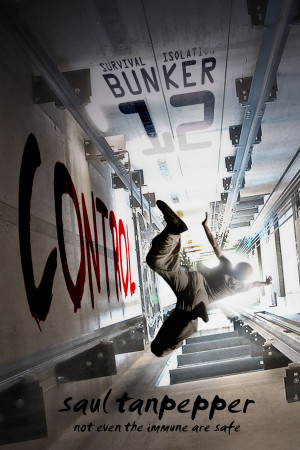 Control: A Post-Apocalyptic Thriller by Saul Tanpepper
Series: BUNKER 12, Book 3. Price: $2.99 USD. Words: 80,870. Language: English. Published: January 20, 2017. Categories: Fiction » Science fiction » Apocalyptic, Fiction » Science fiction » Cyberpunk
A psychopath has kidnapped Finn's twin and promises to infect him with the Flense, a manmade virus that turns the vulnerable into vicious killing machines with a taste for human flesh. But before he can rescue his brother, Finn is betrayed by someone close and is returned to the madman's compound, where he awaits a similar fate. The other Bunker 8 survivors race against time to save him. 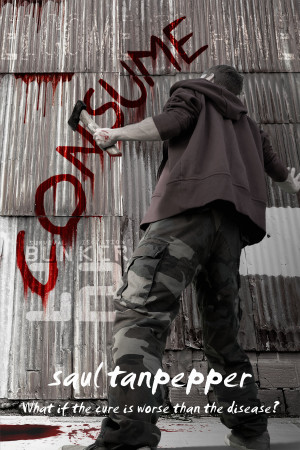 Consume: The Post-Apocalyptic Thriller by Saul Tanpepper
Series: BUNKER 12. Price: $2.99 USD. Words: 123,100. Language: English. Published: January 28, 2020. Categories: Fiction » Science fiction » Apocalyptic, Fiction » Young adult or teen » Science Fiction
A tragic accident inside the long-abandoned tenth bunker has left Finn clinging to life, and his friends facing the possibility that the nanites injected into their bodies, the same nanites that decimated Humanity four years earlier, might not be enough to save him. Should they carry on alone searching for the elusive Bunker Twelve and the cure to the Flense?