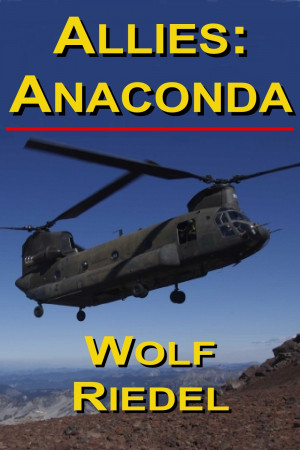 By Wolf Riedel
Colonel Phil Sambrook is a US Army officer who has seen extensive service/combat in both the infantry and in several special operations forces units and commands including the 1st Special Forces Detachment-Delta. Colonel Kurt Richter is a Canadian Army officer who has also seen extensive special operations forces service including extensive tours with US Army Special Forces, the British Special Air Service Regiment and the Canadian Joint Task Force 2. With a bond formed on the icy slopes of Takur Gar during the early days of Operation Enduring Freedom they become allies in the War on Terrorism. 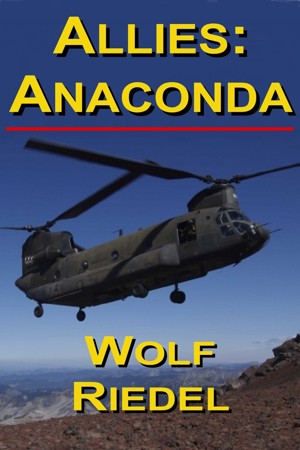 This prequel to Allies: The Inquiry introduces American Phil Sambrook and Canadian Kurt Richter, two officers during the factual events of Operation ANACONDA: America’s first conventional battle against al-Qaeda and the Taliban in Afghanistan that came within a hairsbreadth of disaster. Allies: Anaconda tells the story of the crucible of fire that forged the bond that unites its main characters. 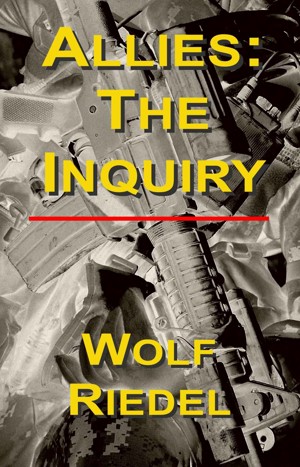 Allies: The Inquiry by Wolf Riedel
Series: The Allies, 1 of 3. Price: $3.99 USD. Words: 106,800. Language: English. Published: July 27, 2012. Categories: Fiction » Adventure » War & military adventure
When a US Army Green Beret is killed by terrorists while on a joint exercise with Canada's JTF-2, American and Canadian officers conduct an inquiry into the incident. Their investigation leads them to the UK, Germany and eventually Pakistan. Along the way the book explores not only the motivation of the principal characters, but also looks at the threats of homegrown and international terrorism. 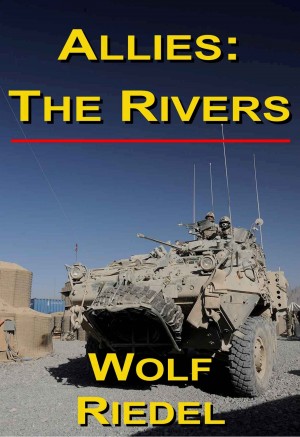 Allies: The Rivers by Wolf Riedel
Series: The Allies, 2 of 3. Price: $3.99 USD. Words: 115,570. Language: English. Published: December 28, 2014. Categories: Fiction » Adventure » War & military adventure, Fiction » Historical » Canada
Two special forces officers, one American the other Canadian, are dispatched to Afghanistan to investigate the circumstances of a fatal night firefight between elements of the British Army, the Taliban and rogue Afghan National Police near the town of Sangin. Their investigation takes them from a series of battles and corruption on the shores of Afghan rivers to those of the Potomac. 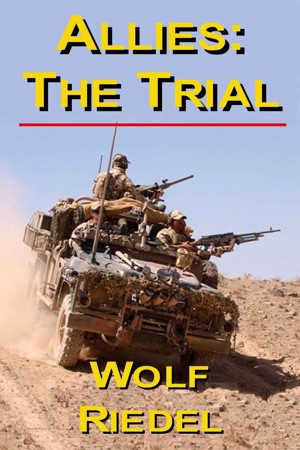 Allies: The Trial by Wolf Riedel
Series: The Allies, 3 of 3. Price: $3.99 USD. Words: 138,110. Language: English. Published: June 9, 2013. Categories: Fiction » Adventure » War & military adventure, Fiction » Historical » Canada
When the Taliban kidnap a team of archaeologists in Afghanistan, Colonels Phil Sambrook and Kurt Richter lead a task force of American, Canadian and Australian special forces to their rescue. The mission leads them to a court martial and a terrorist attack in Australia The novel explores the make-up and personality of its principal characters; both military and civilian and their opponents.