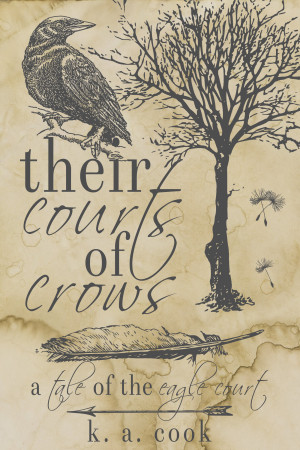 By K. A. Cook
Einas ein Iteme, youngest son of the Iteme monarchy, only thought to announce to the world his true identity—that he isn’t a princess. When his declaration results in his father’s murder and a civil war fought between his necromancer mother and his elder brother Paide, the city-state of Ihrne edges further towards chaos. Peace between his surviving relatives, restitution paid to neighbouring Arsh and the support of the Convocation should go some way to restoring equilibrium. It doesn’t reckon on the politics of the court and the civilians of Ihrne when it comes to accepting an undead regent, an autistic heir and a foreign general. When the bones of civil war have been too-soon laid to rest and words go unheard, how does one survive the world for long enough to change it? The Eagle Court is a series of short, introspective stories about marginalised characters trying to survive their own struggles and take on the hell of politics. 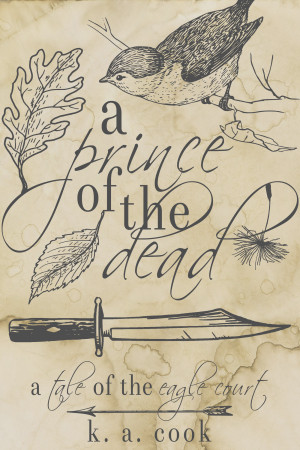 A Prince of the Dead by K. A. Cook
Series: The Eagle Court. Price: Free! Words: 10,770. Language: Australian English. Published: January 13, 2018. Categories: Fiction » Fantasy » Short stories
The war is ended, but returning home to Ihrne in a broken body ensorcelled by a necromancer leaves Paide struggling with politicians who ignore him and servants who condescend to him. Surviving the dismissal of the Eagle Court is harder than facing an army of shambling corpses. How does a dead soldier fight it when he no longer wishes to live? 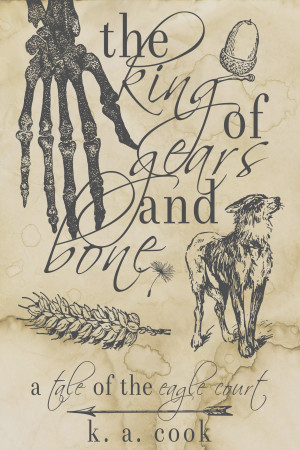 The King of Gears and Bone by K. A. Cook
Series: The Eagle Court. Price: Free! Words: 13,170. Language: Australian English. Published: March 31, 2018. Categories: Fiction » Fantasy » General
Einas ein Iteme knew he wasn’t a princess. Speaking this truth left him the heir to the throne of Ihrne—a throne he doesn’t want and can’t hold. Telling Paide this was never going to be simple, but it becomes far more complex when they meet and Paide reveals the secret of his death. Rescuing Paide's soul from thousands of devouring angels, though, looks to be no easier for Ein than ruling Ihrne... 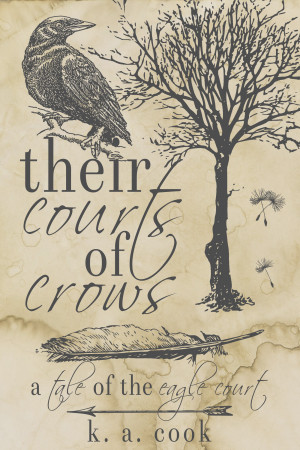 Their Courts of Crows by K. A. Cook
Series: The Eagle Court. Price: Free! Words: 5,510. Language: Australian English. Published: September 27, 2017. Categories: Fiction » Fantasy » Short stories
Prince Paide ein Iteme has lost his father, his family, his people and his home to a conquering necromancer queen and her armies of the risen dead. A last horrific battle sees him forced to discuss surrender, but that conversation is no small amount complicated when said conquering necromancer is his mother. Who might not have been entirely wrong in her overthrow of Paide’s father…