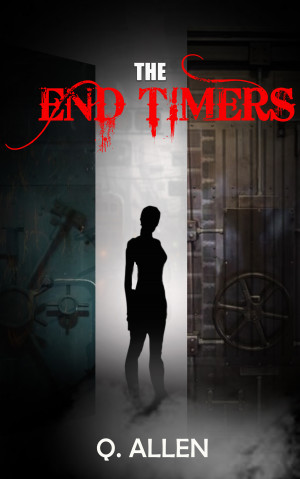 By Q Allen
Is Tammy losing her mind or is she uncovering a dark conspiracy? Doomsday prepper Tamara Umbra just bought a membership into a luxury fallout shelter called The End Timers. During a weekend visit to the shelter an incident occurs trapping her and her fellow members inside. Not able to take her medication, she starts hearing a voice in her head. At first she makes an effort to fit in with the others and ignore the voice. But, the voice continues. It tells her that there is a conspiracy at work against her and everyone at the shelter is a part of it. It tells her to kill. Tammy struggles to decide if the evidence the voice is showing her real or imagined. Is Tammy the victim of a conspiracy or is she just becoming a deranged mass murderer?

Tamara Umbra bought a membership in a luxury doomsday shelter. Accidentally trapped inside the shelter, she begins to hear a voice that tells her of a conspiracy-with her at the center. Now, questioning her sanity, she must decide, is she the target of a secret end-times society or just becoming a psychotic killer? 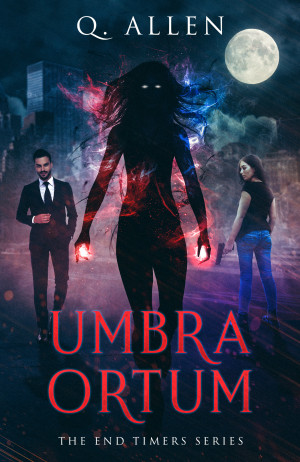 The second volume of the supernatural thriller "The End Timers" promises to be more exciting and daring than the first one. Tamara Umbra has been preparing for doomsday, but after escaping The End Timers luxury fallout shelter, things don't seem to work out as she planned. Will she survive long enough to uncover the truth behind the voice in her head and the Slither Eye secret society?