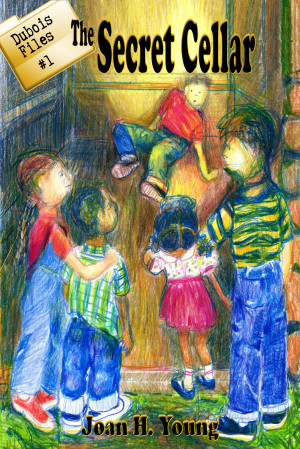 By Joan H. Young
A children's mystery series, set in the 1950s. The Dubois Files combine adventure and mystery without being violent or dark. They are set in the mid twentieth century when moral standards were generally expected to be upheld, and the children I've invented will sometimes be presented with opportunities to choose between right and wrong. It is my desire to promote diversity and inclusiveness, and yet, I do not believe that re-writing history is honest. Every decade or century is tarnished in various ways. Some of these societal flaws will appear in the stories. The primary characters in these books include Jimmie Mosher, of English descent; Cora Dubois with a Finnish mother and French father; Laszlo Szep, the son of a Hungarian tenant farmer; and George and Ruby Harris, a brother and sister of African-American ancestry. These ethnicities fit into the time and place without straining credulity. Of course, the extended families, and associated problems, will come into the plots.

The Secret Cellar by Joan H. Young
Series: Dubois Files, Book 1. Price: $2.99 USD. Words: 13,630. Language: English. Published: March 31, 2018. Categories: Fiction » Children’s books » Fiction, Fiction » Children’s books » Readers / Chapter Books
Set in the 1950s, Cora Dubois, Jimmie Mosher and their friends, Laszlo, George, and Ruby, discover they have a talent for getting to the bottom of local mysteries. In The Secret Cellar (Dubois Files book #1), Jimmie's family is in danger of losing their farm to the bank. Old Granny May seems to be trying to tell them something, but maybe she's just losing her mind. 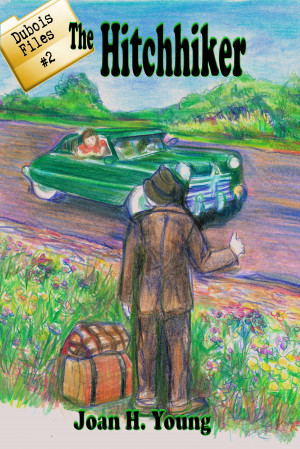 The Hitchhiker by Joan H. Young
Series: Dubois Files, Book 2. Price: $2.99 USD. Words: 19,520. Language: English. Published: March 31, 2018. Categories: Fiction » Children’s books » Fiction, Fiction » Children’s books » Readers / Chapter Books
In The Hitchhiker (Dubois Files book #2), Cora's family gives a hitchhiker a ride. He didn't seem to speak English, and Cora's mother thought he was ill. Then Jimmie went exploring and found more than he expected. The hitchhiker was not only sick, but he wanted the children to help him. It took four of them to solve his problem. 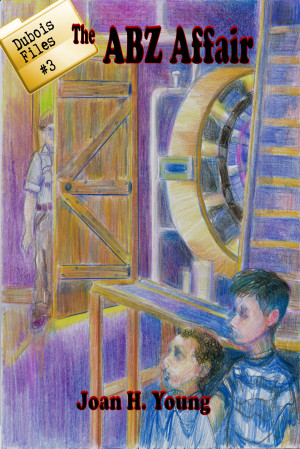 The ABZ Affair by Joan H. Young
Series: Dubois Files, Book 3. Price: $2.99 USD. Words: 19,970. Language: English. Published: March 31, 2018. Categories: Fiction » Children’s books » Fiction, Fiction » Children’s books » Readers / Chapter Books
(Dubois Files book #3) George Harris liked writing messages in secret code. In August of 1953, he learned one that was tough to crack, and taught it to his sister Ruby, and then to his friends Jimmie Mosher and Cora Dubois. But someone listened in on their conversation and stole a coder. The children were playing games, but what were the adults up to? 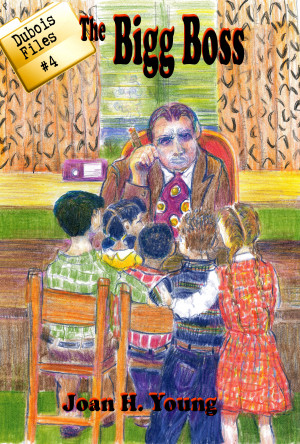 The Bigg Boss by Joan H. Young
Series: Dubois Files. Price: $2.99 USD. Words: 22,130. Language: English. Published: July 21, 2018. Categories: Fiction » Children’s books » Fiction, Fiction » Children’s books » Readers / Chapter Books
(Dubois Files book #4) It was September of 1953. Jimmie, George and Cora were moving into the upper level classroom of their two-room schoolhouse, leaving their friends Laszlo, and George's sister Ruby, in the other room. But on the very first day of school, someone began yelling at Ruby! And then there was Mr. Bigg. Why did he act so mean?