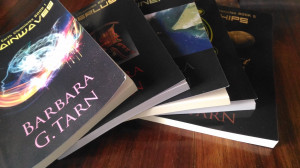 By Barbara G.Tarn
Gaia Reborn. Planet Earth got rid of us pesky humans and has moved on. It thrives without us, but we're dead without all this. A possible future - an apocalypse of the Western civilization that left the planet mostly unscathed... maybe. Two thirds of the world population died, and some survived in secret underground cities stuck with 21st century tech. But then people start trickling out of those Rainbow Towns and try to discover the truth. The planet is doing fine with less people, but psy-vamps and bloodsuckers still make life hard for everyone.