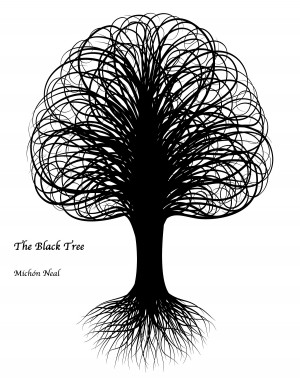 By Michon Neal
The Black Tree series is the epicenter for all of the insanity that spills out across the multiverse. The cracks in the multiverse start here (although the characters are still trying to figure out the who, what, and where of it). The series follows an ever-growing group of Others (aliens, gods, or any other creature that isn’t human but could maybe pass as one) as they try to stop all of the intergalactic wars that keep cropping up. They usually end up getting sidetracked by bullshit, vengeful gods, and one ridiculously evil elf. Many of the characters share a lot of traits in common with humans but then there are moments when you’re definitely glad they don’t live on Earth anymore (like when some of the crew bear witness to the way Razi throws up). As time passes in the Black Tree universe (in a warped way), events get weirder, and more alternates (people from the alternate universe) pour through the cracks the characters begin to realize that one (or a few) of them messed up along the way. But by the time any of them find out what went wrong, things have gotten very, very bad. The only way to fix it is to go back in time to correct it.

The Black Tree by Michon Neal
Series: The Black Tree, Book One, Book Three · The Cuil Effect. Price: $0.99 USD. Words: 51,240. Language: American English. Published: March 13, 2013 by Michón Neal. Categories: Fiction » Science fiction » Space opera, Fiction » Romance » General
In a wood in a small town, there exists an unusual tree. Its trunk is black and its leaves are gold on one side and silver on the other. The animals all gather around it during the night. For some reason, perhaps because of the tree itself, the inhabitants of the town are unable to fight fires. The tree has been there longer than anyone can remember. One day, someone braves up enough to touch it. 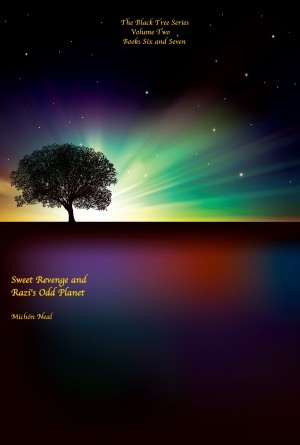 Sweet Revenge and Razi's Odd Planet by Michon Neal
Series: The Black Tree, Book Six, Book Seven · The Cuil Effect. Price: $2.99 USD. Words: 53,130. Language: English. Published: March 19, 2013 by Michón Neal. Categories: Fiction » Science fiction » Space opera, Fiction » Romance » Fantasy
Sweet Revenge The gang has travelled from Saturn after battling Katoni several times. They are invited to Jupiter, Stuart's planet, but must flee when Saje's dancing drives the vampires wild. The youngsters then find a planet to call home: Xemorf. Each night, they dream up a memory of one of the crew members. 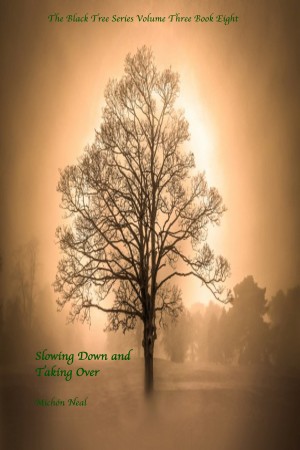 Slowing Down and Taking Over by Michon Neal
Series: The Black Tree, Book Eight · The Cuil Effect. Price: $1.99 USD. Words: 37,960. Language: English. Published: March 27, 2013 by Michón Neal. Categories: Fiction » Science fiction » Space opera, Fiction » Romance » Fantasy
Everyone heads back to Xemorf to settle down. But the alternates have found them and during the fight they come across two very strange people. These two people will forever change their view of themselves and what they are. The gang falls in love and builds homes, all while dreaming each other’s pasts thanks to some enigmatic force beneath the planet’s surface. 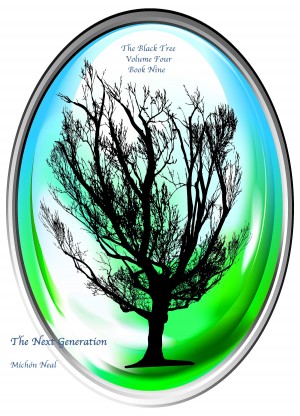 The Next Generation by Michon Neal
Series: The Black Tree, Book Nine · The Cuil Effect. Price: $1.99 USD. Words: 38,120. Language: English. Published: April 15, 2013 by Michón Neal. Categories: Fiction » Science fiction » Space opera, Fiction » Romance » Fantasy
Follow the lives of the children of the Black Tree crew. They navigate growing up on an isolated world with a war raging just outside of their solar system. They fall in love, experiment with their sexuality, and do their damnedest to uncover information of their parents’ pasts. They’ve all been warned that the homeless Mikassa is a danger, but is he really? 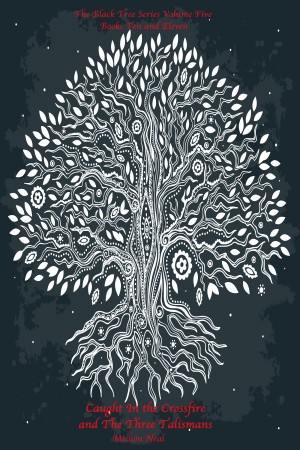 Caught in the Crossfire and The Three Talismans by Michon Neal
Series: The Black Tree, Book Ten, Book Eleven · The Cuil Effect. Price: $2.50 USD. Words: 45,900. Language: American English. Published: February 16, 2014 by Michón Neal. Categories: Fiction » Fantasy » Paranormal, Fiction » Science fiction » Space opera
Caught in the Crossfire-Saje has decided to be put to sleep in order to save the life of the person who was murdered. The two strangers who changed everyone’s lives continue to run amok and the strange animals they brought with them suddenly turn renegade and attack the gang. Meanwhile, Mikassa sneaks around and collects three very special necklaces. 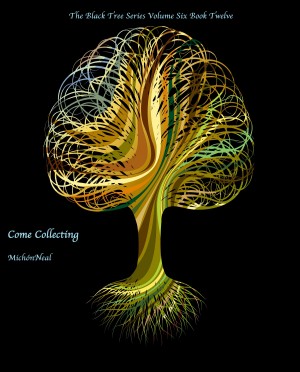 Come Collecting by Michon Neal
Series: The Black Tree, Book Twelve · The Cuil Effect. Price: $1.50 USD. Words: 42,400. Language: American English. Published: August 2, 2014 by Michón Neal. Categories: Fiction » Science fiction » Space opera, Fiction » Romance » Fantasy
The gang searches for a way to seal Marduk back into his personal hell. Stuart starts behaving really strangely and can’t seem to stay away from Ariel. She learns she’s also an Evanalca and is rightly pissed. Meanwhile, the gang realizes that because there were talismans to open the prison that there must be others that can close it again. 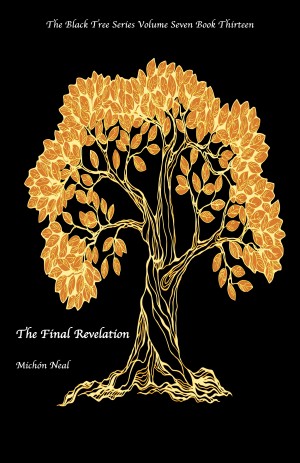 Final Revelation by Michon Neal
Series: The Cuil Effect · The Black Tree, Book Thirteen. Price: $1.99 USD. Words: 60,320. Language: American English. Published: September 14, 2014 by Michón Neal. Categories: Fiction » Fantasy » Paranormal, Fiction » Science fiction » Space opera
Book Thirteen: Final Revelation More of Mark’s family shows up, supposedly to help. Mikassa has managed to escape Marduk’s grasp and joins in the search for the remaining talismans. It slowly dawns on various crew members that their life sucks way worse than it should. They suspect that one or a few of them may have royally f'ed up somewhere along the way. 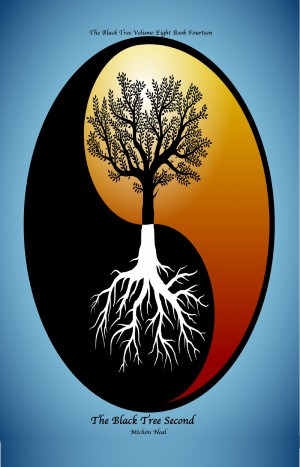 The Black Tree Volume Eight Book Fourteen: The Black Tree Second by Michon Neal
Series: The Cuil Effect · The Black Tree. Price: $3.99 USD. Words: 49,080. Language: American English. Published: January 6, 2015 by Michón Neal. Categories: Fiction » Fantasy » Paranormal, Fiction » Science fiction » Space opera
Nearly half the gang has been sent back in time to before the mistake was made. Marduk has been sealed away but not before he had a chance to impregnate one of the crew. Now the gang hunts for his progeny, deciding to enlist the help of those who had gone. The ship becomes rather crowded. Some old friends of John’s show up to help just when Damon of all people starts acting weird.