By Kiwi Joe
For the last 6 years, I have been remote viewing in a professional capacity. My contract work has included a range of targets. In the Remote Viewed series, I began with two books that focused on a popular and fun remote viewing target. The whereabouts of Forrest Fenn's treasure chest with millions of dollars' worth of gold and jewelry inside. The treasure chest was found in June 2020 in the Rocky Mountains in the state of Wyoming. Although the details of where it was discovered have been kept secret by the successful treasure hunter and by Forrest Fenn, we know that it was found to have been in a wet condition and was not buried as my original data showed in Book 1. Book 3 presents data gathered by Kiwi Joe as part of a team remote viewing project seeking a solution to Fukushima's radiation leak. Book 4 looks at some of the most secret advanced high-tech military weapons developed today. Remote Viewing uses an ESP ability found in all of us to view a distant or unseen object by means of a disciplined approach originally developed by the Defense Intelligence Agency (DIA) and the Stanford Research Institute (SRI) in the 1970s. 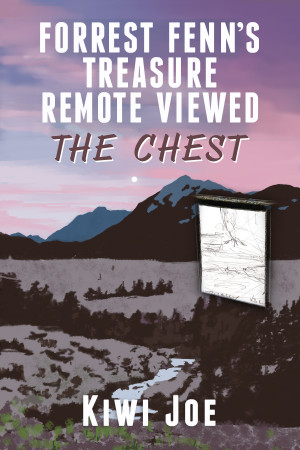 Forrest Fenn's Treasure Remote Viewed : The Chest by Kiwi Joe
Series: Forrest Fenn's Treasure Remote Viewed. Price: $0.99 USD. Words: 16,370. Language: English. Published: August 31, 2019. Categories: Nonfiction » Antiques & Collectibles » Silver, gold, & other metals, Nonfiction » Sports & outdoor recreation » Hiking
The Chest is the first book of a two-book series that may well provide you with that last piece of the puzzle you need to crack Forrest Fenn's cryptic clues. It will certainly help you to verify solutions and strategies and help you rethink them. Inside are answers to critical questions you may not have thought to ask. The detailed remote viewing maps and accompanying data I share are significant. 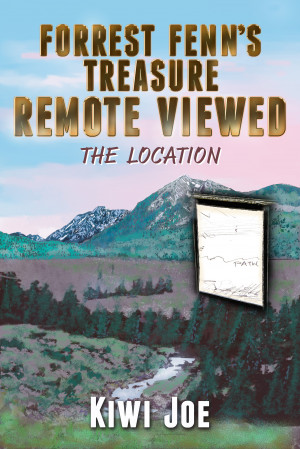 Forrest Fenn's Treasure Remote Viewed : The Location by Kiwi Joe
Series: Forrest Fenn's Treasure Remote Viewed · Remote Viewed. Price: $3.69 USD. Words: 12,350. Language: English. Published: August 31, 2019. Categories: Nonfiction » Antiques & Collectibles » Silver, gold, & other metals, Nonfiction » Sports & outdoor recreation » Hiking
Kiwi Joe is a real remote viewer who presents his work in a series that reveals how ESP along with the use of a strict protocol can be used to solve mysteries. Book 1 and Book 2 start the series with a hunt for Forrest Fenn's treasure. Book 3 in the Remote Viewed series describes an engineering solution to Fukushima's radiation leak. Book 4 reveals some of today's most shocking military weapons.