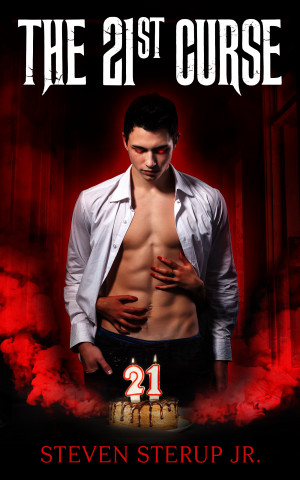 By Steven Sterup, Jr
The 21st Curse is not a standard series, but rather a collection of stories about werewolves and witches. The lives of witches and werewolves are entwined in an age old curse. The witches need the werewolves to protect them and the werewolves need witches to salvage their sanity. A book handed down for generations spells out the terms of their contract in a way that none with the curse can deny. At the twenty-first hour on the twenty-first day of the twenty-first year, a child will become a beast. Such is the legend that is handed down, mother to son and father to daughter. On that fateful day, a choice must be made. One of consequence and importance. For on that day, a child who has transformed must choose between the evil of the curse and the responsibility of protecting their chosen. For no creature is as feared as the werewolf. A creature without conscience nor fear. It will feed on whoever is unlucky enough to cross its path or protect its charge until it ceases to draw breath.

The 21st Curse by Steven Sterup, Jr
Series: The 21st Curse Collection. Price: Free! Words: 60,940. Language: English. Published: March 2, 2020. Categories: Fiction » Romance » Paranormal, Fiction » Romance » Fantasy
Simon Gant is the victim of a curse. One that will turn him into a savage beast twenty-one days after his twenty-first birthday unless he can find a witch to protect. Finding her isn’t the problem. Convincing her that someone could actually care for her might prove to be more difficult than anything this curse throws at him. 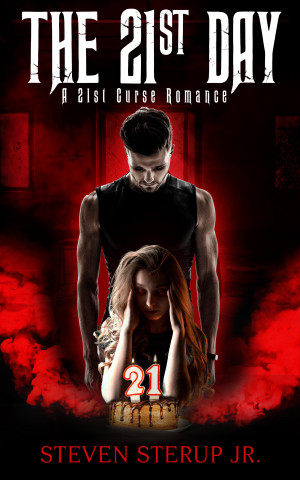 The 21st Day by Steven Sterup, Jr
Series: The 21st Curse Collection. Price: $0.99 USD. Words: 55,050. Language: English. Published: March 26, 2020. Categories: Fiction » Romance » Paranormal, Fiction » Romance » Fantasy
Chris Raal’s mother used to help werewolves that hadn’t found a charge to care for before their twenty-one days were up. After her death, Chris tried to lead a normal life. As normal as a warlock managing a bar for the most powerful witch in the world can hope for. All this changes when his boss, Tamara, enlists him to care for the first female werewolf born in almost one hundred years.