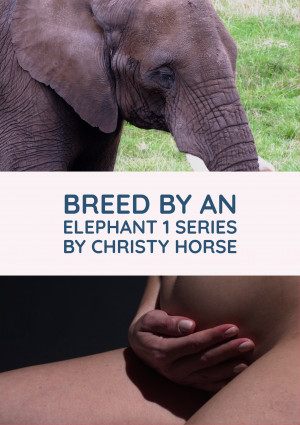 By ACTJ
& Christy Horse
This series is 1 of many others where the main character is being bred by an elephant. The first story in the series will begin with 1 and then the others will be 1 either with a letter which will start with the letter A or the subtitle of the story. In all cases, the woman is being given to an elephant to breed. The story focuses heavily on the female Human giving birth to baby elephants both from her butt and from her Vagina. Another key feature is that the woman is rewarded for the more slutty she is and/or she is also having sex with other creatures that the elephant has her have sex with. either other types of animals and/or creatures or monsters of greater size than it. All stories will feature the woman becoming pregnant from the sexual adventures she has with the elephant, and the other creatures and/or monsters he wants her to have sex with. However, the woman only has a child or children with the Elephant not from the other creatures or monsters the elephant has her do.

Breed by an Elephant 1 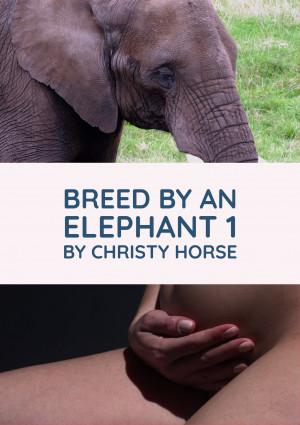 Breed by an Elephant 1 by Christy Horse
Series: Breed by an Elephant 1. Price: $2.99 $2.24 USD. (25% off until April 1!) Words: 3,090. Language: American English. Published: May 18, 2020 by Taion Books. Categories: Fiction » Erotica » BDSM, Fiction » Erotica » Paranormal
A woman finds herself tied up in a dark room that seems to have no end or beginning she is naked and knows what is about to happen. As she awaits here lover, as he shows up the lover an elephant then has sex with her in her butt and then has a creature that he rewards her for as the creature prepares her to be able to have his offspring. 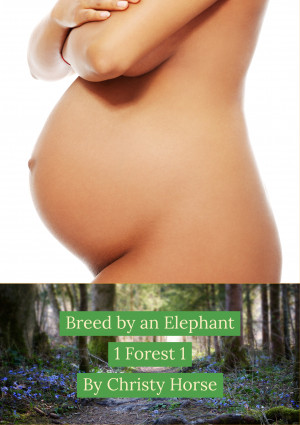 Breed by an Elephant 1 Forest 1 by Christy Horse
Series: Breed by an Elephant 1. Price: $2.99 $2.24 USD. (25% off until April 1!) Words: 7,330. Language: American English. Published: May 19, 2020 by Taion Books. Categories: Fiction » Erotica » BDSM, Fiction » Erotica » Paranormal
A woman is dropped off in the forest by her husband as he got tired of how she is acting as such she wants to have sex with whomever or whatever in her way. He ties her up in a special forest as he prayed to the gods to rid him of her and her slut like ways. After leaving her tied up and hanging for her fate he believes she is left to her doom, but there is more to what will happen to her. 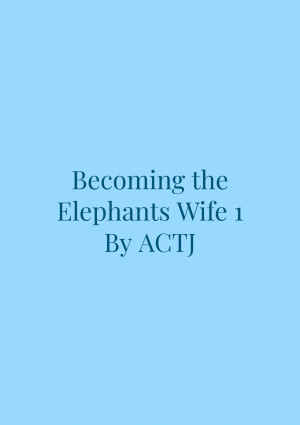 Becoming the Elephants Wife 1 by ACTJ
Series: Breed by an Elephant 1. Price: $2.99 $2.24 USD. (25% off until April 1!) Words: 4,010. Language: American English. Published: May 15, 2020 by Taion Books. Categories: Fiction » Erotica » BDSM, Fiction » Erotica » Paranormal
A woman who has more than one Human husband is being used to be mated by choice with animals, to have them mate with her to become her animal husbands, that will also give her Human-Animal Hybrids that will look very Human-like, as such her animal husbands can talk to her and others, as she has been made to be able to take any size penis that is out there. 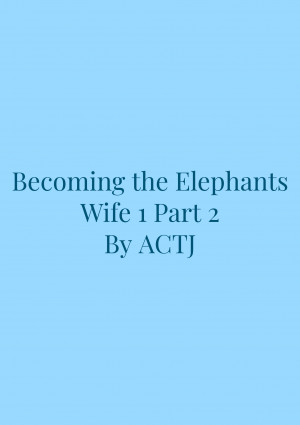 Becoming the Elephants Wife 1 Part 2 by ACTJ
Series: Breed by an Elephant 1. Price: $2.99 $2.24 USD. (25% off until April 1!) Words: 4,110. Language: American English. Published: May 16, 2020 by Taion Books. Categories: Fiction » Erotica » BDSM, Fiction » Erotica » Paranormal
We return to the middle part of this story which has the most sexual part and intense part of the woman as she is being made to be the elephant's wife, this is part two of what appears to be a three-part story. This woman is special and as such is able to take many sizes of the penis and able to give birth babies from animals and humans alike, however, the babies are Human. 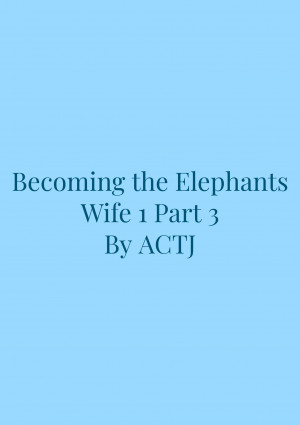 Becoming the Elephants Wife 1 Part 3 by ACTJ
Series: Breed by an Elephant 1. Price: $2.99 $2.24 USD. (25% off until April 1!) Words: 3,900. Language: English. Published: May 16, 2020 by Taion Books. Categories: Fiction » Erotica » Menage/Multiple Partners, Fiction » Erotica » Paranormal
This is the last part of the three-part story, as the main character enjoys herself after being done by many elephants, horses, and men who have penis sizes of that of horses, elephants as well as larger sizes that are not even real. This story takes to the end of her sexual process to make her first elephant her first elephant husband.