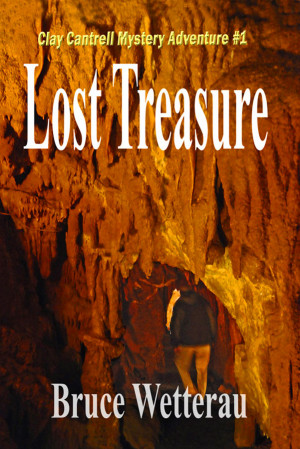 By Bruce Wetterau
The Clay Cantrell Mystery series titles all are written with a signature feature, interwoven contemporary and historical plots. Each has been written so that it can be read as a stand alone mystery. The first book, Lost Treasure is a treasure hunt mystery adventure with flashbacks to the Civil War. The second, Killer Fog--The Veil of Mist Shrouds A Deadly Conspiracy, concerns a murderous, modern-day scheme to steal a sensational new device that produces cheap, clean energy. Flashbacks to 1941 reveal a Nazi plot to steal secret U.S. government research and foment a pro-German uprising in America. The Girl Behind the Wall--Edgar Allan Poe, the Girl, and the Mysterious Raven Murders is the third in the series. Poe, of course is the focus of the historical plot line, while Clay battles with a serial killer obsessed with Poe in the modern day. Author Bruce Wetterau is currently at work on the fourth, The Nine Lives of Harry Bellamy, Counterfeiter. 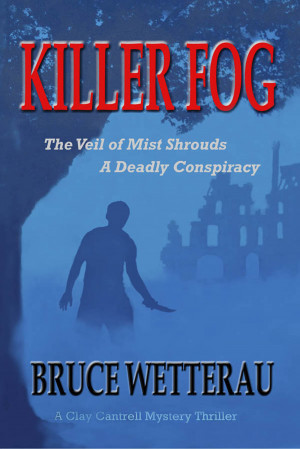 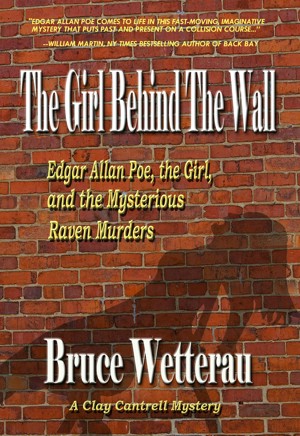 The Girl Behind the Wall--Edgar Allan Poe, the Girl, and the Mysterious Raven Murders by Bruce Wetterau
Series: Clay Cantrell Mysteries. Price: $2.99 USD. Words: 128,700. Language: English. Published: October 21, 2020. Categories: Fiction » Mystery & detective » Amateur sleuth
"Edgar Allan Poe comes to life in this fast-moving, imaginative mystery that puts past and present on a collision course and brings them together with a satisfying impact." -- William Martin, New York Times Bestselling Author of Back Bay