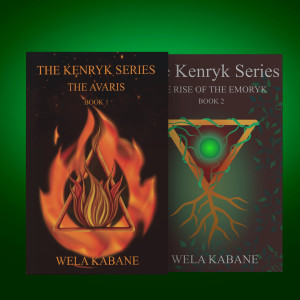 By Wela Kabane
The Kenryk Series is historical fantasy fiction series set in the fictional Kais continent. It follows Amari, a 20-year-old woman as she navigates the Great Kingdom of Sagar with her two companions. She is determined to become the first female Sage Warrior, an honour only afforded to men. To become a Sage Warrior, she must compete at the annual Laurean Sage, a brutal combat competition where only five among many remain standing and become Sage Warriors. However, as she approaches her goal, her true identity is revealed when she meets a man in the forest. She is the Avaris of the mystical Kenryk Fire tribe. Her duty is to protect the Endric Sword. Amari has to choose between her childhood dream and her newfound responsibilities. She also learns that being the "special one" is not at all that great. 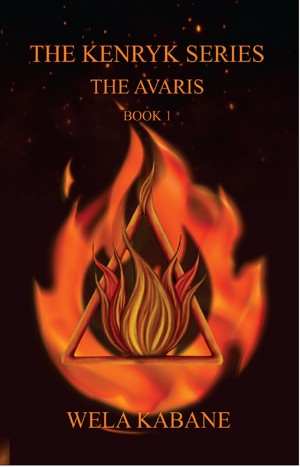 The Kenryk Series: The Avaris by Wela Kabane
Series: The Kenryk Series. Price: $3.99 USD. Words: 127,930. Language: English (South African dialect). Published: December 18, 2021. Categories: Fiction » Fantasy » Epic
Amari is forced to choose between her childhood dream of becoming the first female Sage Warrior and the destiny she has to fulfil to be an Avaris in fire tribe of the Kenryk 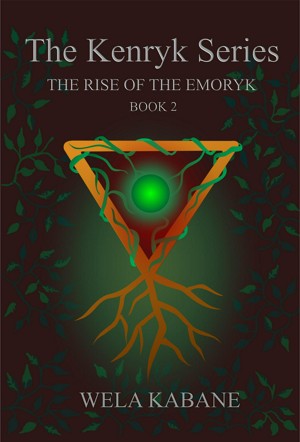 The Kenryk Series: The Rise of the Emoryk by Wela Kabane
Series: The Kenryk Series. Price: $6.99 USD. Words: 118,350. Language: English (South African dialect). Published: November 2, 2022. Categories: Fiction » Young adult or teen » Fantasy, Fiction » Fantasy » Historical
Will Amari be able to tap into the fire within in time to protect the Kenryk tribe from the rise of the Emoryk?