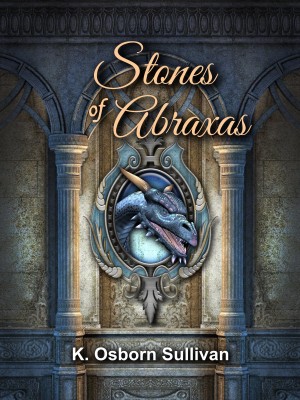 By K. Osborn Sullivan
David Stanhope is an average twelve-year-old. His two best friends are geeks, he drives his older sister crazy, and his parents are dragging him to a broken-down cabin in the woods for summer vacation. But there’s a secret lurking in the attic of David’s house. A secret that could thrust two worlds into a black pit of evil and despair, should it fall into the wrong hands. Maybe David’s not so average after all... Join David Stanhope and his sister Amanda as they discover the magical world of Abraxas and try to escape the clutches of a centuries-old Black Magician bent on destroying them. With danger and deceit around every corner, plus huge talking frogs, hungry vampires, a harpy who cheats at cards, and Lucy the Moat Monster, the World of Abraxas will keep you turning pages long after the lights were supposed to be out. 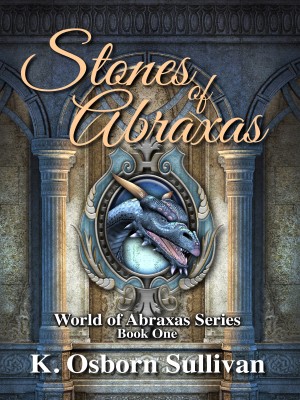 Stones of Abraxas by K. Osborn Sullivan
Series: World of Abraxas, Book 1. Price: $3.99 USD. (Free until Dec. 31!) Words: 99,210. Language: English. Published: April 16, 2012. Categories: Fiction » Young adult or teen » Fantasy, Fiction » Fantasy » General
David Stanhope thinks he's an average twelve-year-old, but then he discovers a secret lurking in his attic that transports him to the magical world of Abraxas. And when he learns that an evil sorcerer is hunting him, it becomes clear that David's not so average after all. Book 1 in the World of Abraxas Series 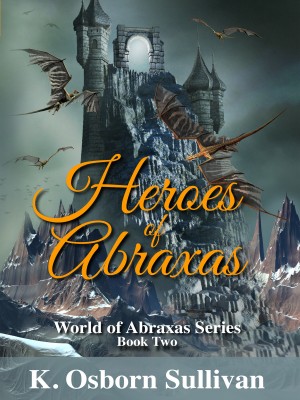 Heroes of Abraxas by K. Osborn Sullivan
Series: World of Abraxas, Book 2. Price: $3.99 USD. Words: 90,280. Language: English. Published: April 16, 2012. Categories: Fiction » Young adult or teen » Fantasy
World of Abraxas Series: Book Two When David Stanhope and his sister Amanda unearthed a mysterious ruby in their family's attic last summer, it launched them on the adventure of a lifetime. A year later, they're back home, trying to lead normal lives. Until one day a knock at the door forces them back into dangerous power struggles in the magical world of Abraxas.