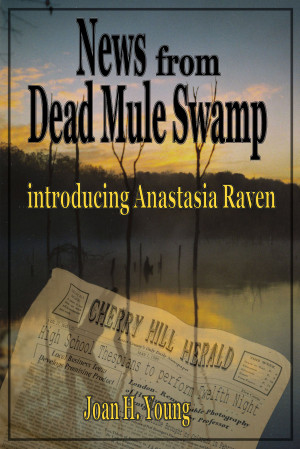 By Joan H. Young
Anastasia Raven flees the suburbs after a painful divorce. She finds solace in working on an old fixer-upper farmhouse far to the north in Dead Mule Swamp. She is quickly drawn in to the local crime scene, but she has things to learn about how small towns work. Over the course of the series, Ana becomes known for her ability to help solve murders. Her friends are often involved in the sleuthing and shenanigans. Adele, proprietor of Vogel's Grocery, and Cora, the local historian are her closest confidants. Jimmie, a boy with a sad story, enters in book two, and takes an increasingly stronger role as the series progresses. Jerry, owner of the newspaper, Charlie the pharmacist, Police Chief Tracy Jarvi, and many other characters round out the small-town atmosphere. If you live in the rural Northwoods, you will find the settings wonderfully familiar. 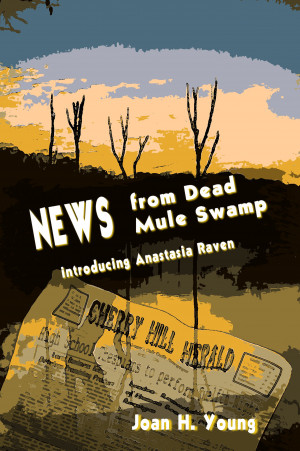 News from Dead Mule Swamp is a cozy mystery set in the upper Midwest. Anastasia Raven is running from the pain of a failed marriage, and hopes to hide from the world in an old farmhouse she has purchased at the edge of Dead Mule Swamp. When she finds a hundred-year-old newspaper inside a wall, why is it stolen before she can even read it? (Anastasia Raven Mysteries #1) 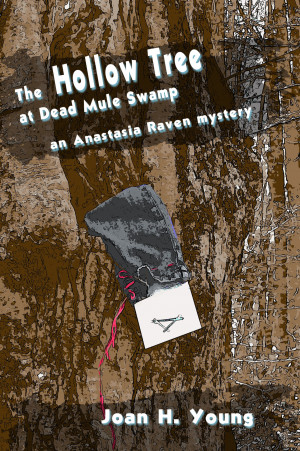 Anastasia Raven finds a secret hidden in a hollow tree near Dead Mule Swamp. She thinks she's seeing things, as the discovery appears to have come straight from a Nancy Drew story. With some simple sleuthing, Ana catches Jimmie Mosher, whose grandfather used to own the house she has recently purchased, hiding money in the tree. But what else does Jimmie have to hide? (Anastasia Raven Mysteries #2) 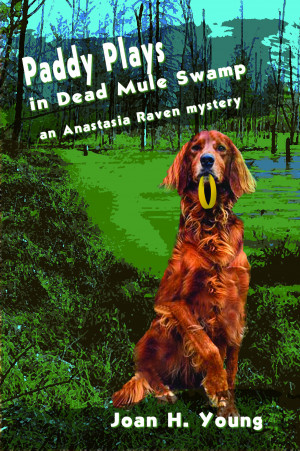 When Anastasia Raven agrees to keep Paddy, an Irish Setter, for the summer, she doesn't yet understand the mischievous nature of a large puppy. As a volunteer, she meets Corliss Leonard, and his granddaughters Star and Sunny, whose mother disappeared seven years ago. The girls fall in love with Paddy, but can the dog solve their problems? (Anastasia Raven Mysteries #3, full-length novel) 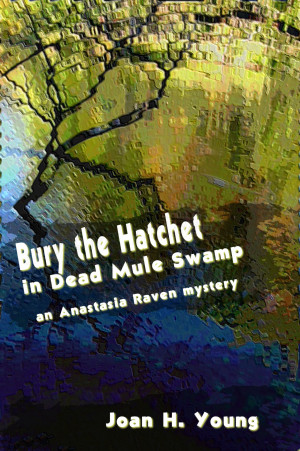 Anastasia Raven opens a box containing a bloody hatchet, sent as some sort of warning to her friend Cora. When a hacked-up body is discovered in the river, everyone is stunned at the victim’s identity. Continued puzzling discoveries just don’t add up. Ana discovers herself agreeing to participate in a zany conspiracy with a tall and handsome man. (Anastasia Raven Mysteries, #4) 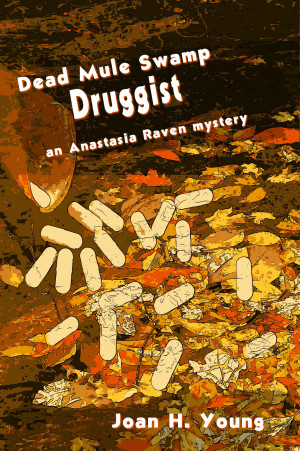 Dead Mule Swamp Druggist by Joan H. Young
Series: Anastasia Raven Mysteries. Price: $3.99 USD. Words: 78,640. Language: English. Published: December 26, 2017. Categories: Fiction » Mystery & detective » Cozy, Fiction » Mystery & detective » Women Sleuths
Anastasia Raven has settled comfortably into life in Forest County. As in any community, obituaries are published each week. Suddenly, it appears that four deaths were not so ordinary and may be linked by overdoses of Oxycontin. Charlie Dixon, druggist, is in the spotlight. Was it just coincidence that all filled prescriptions days before they died? (Anastasia Raven Mysteries #5) 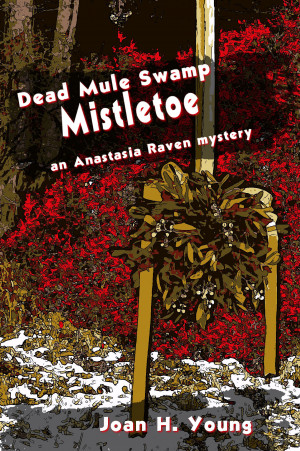 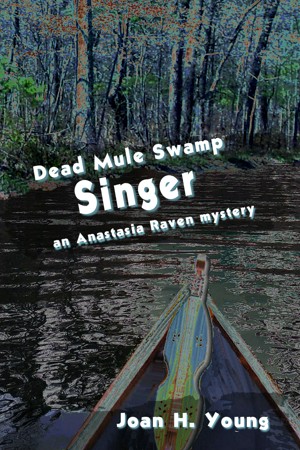 Dead Mule Swamp Singer by Joan H. Young
Series: Anastasia Raven Mysteries. Price: $3.99 USD. Words: 64,240. Language: English. Published: September 26, 2021. Categories: Fiction » Mystery & detective » Amateur sleuth, Fiction » Mystery & detective » Women Sleuths
Anastasia Raven is focused on revealing the identity of a mysterious baritone who sings at dusk along the river. But her friend Adele’s heart is a-flutter with the reappearance of an old flame whom Ana believes is a con man. Then Ana’s kayak is stolen. A man is shot. The singer? The suitor? Who is guilty and who is a victim of the deadly derringer?