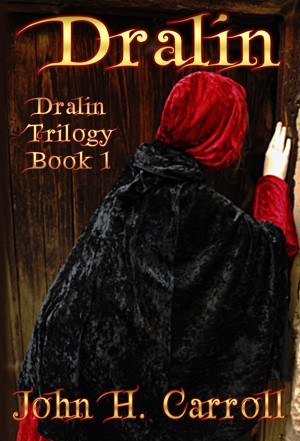 By John H. Carroll
The Ryallon Chronicles is a saga spanning multiple smaller series of epic fantasy novels written by John H. Carroll 1.The Dralin Trilogy is a swords-and-sorcery series following the lives of Pelya Jornin and Ebudae Pallon as they grow up trying to survive the sinister city of Dralin. 2.The Wyvern Series is a swords-and-sorcery series following the journeys of Pelya Jornin. After leaving Dralin, she travels the world searching out injustices and her purpose in life. Along the way, she makes many friends and even more enemies. 3. The Willden Trilogy is an epic fantasy that follows the adventures of Tathan and his companions through the Willden Forest and into the depths of the world. A new race called Rojuun has appeared in the world and is threatening to make humans their servants. It is the companions’ task to learn more and perhaps rescue a princess if they have the time. 4. The Crazed Series is the continuation of the Wyvern and Willden Trilogies. Beings of great power manipulate the world, sometimes to the benefit of mere mortals, but more often to their detriment. Join the odd and often unwilling heroes of Ryallon as they face threats to humanity.

Many cities know the touch of evil and despair, but none are as bleak as Dralin. A young woman flees her past, making Dralin her destination. A young Guardsman with his own dark history hopes to make a difference in a city without hope. Is sorrow their only destiny, or can love redeem them? Two young girls raised in this city learn life's hard lessons early. Will they be defeated by its evil? 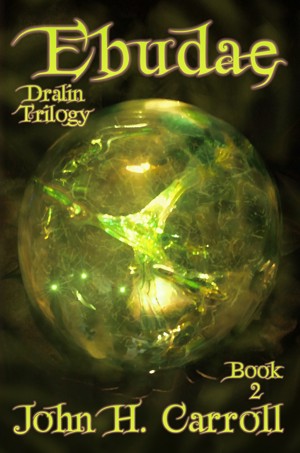 Book 2 of the Dralin Trilogy: On Ebudae Pallon’s sixteenth birthday, she and her best friend Pelya are allowed into the city without escort. They visit the wonders of Carnival and make new friends. However, life in the city of Dralin is never simple . . . or safe. The Dralin Trilogy is a dark, swords-and-sorcery fantasy series following the lives of a few unusual individuals. 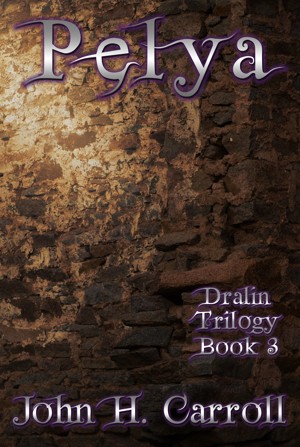 Book 3 of the Dralin Trilogy: Sir Imbra has told Pelya that he would one day need her help. Will Pelya’s sword arm be enough to battle a power beyond anything she’s seen? Will Ebudae’s power overcome the might of potent magic? In a city filled with despair, can the hopes and efforts of such talented individuals win the day? 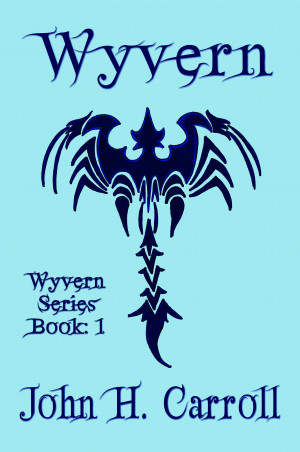 Book 1 of the Wyvern Trilogy Pelya Jornin rides away from Dralin. Nightmares travel with her, haunting the lonely roads that threaten to drive her mad. The dangers within her own mind outweigh the perils of traveling alone. It is Pelya’s intention to join the Blue Wyverns. However, things are not as they should be. Will Pelya’s mind conquer battles that cannot be fought with a sword? 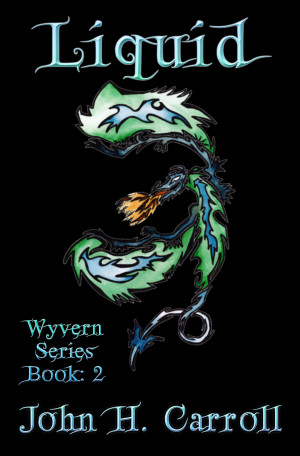 Book 2 of the Wyvern Trilogy Pelya Jornin and Tina Medini are agents of the Blue Wyverns Mercenaries. Their commander sends them to investigate rumors of the Rojuun, mysterious denizens of the underworld. The desperate mission through the kingdom of Swelth takes them into the beautiful and perilous depths of Ryallon where danger awaits them at every turn. 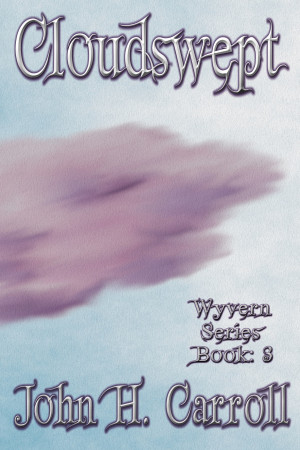 After banishment from Dralin and expulsion from the Blue Wyverns, Pelya Jornin is now an agent of the Cloudswept Bank charged with recovering valuables. The job allows her to travel the world while keeping her skills sharp. She seeks answers to events in her past that sent her life spinning. More than anything, she worries about the fate of those who would attempt to be her friends. 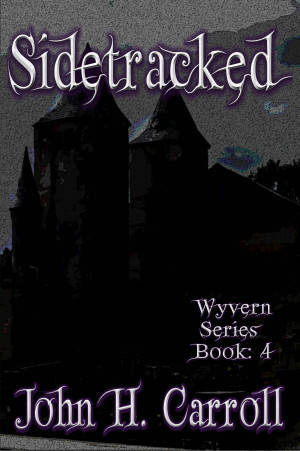 Sidetracked by John H. Carroll
Series: Wyvern Series, Book 4 · Ryallon Chronicles, Book 7. Price: $4.99 USD. Words: 106,440. Language: English. Published: July 1, 2017. Categories: Fiction » Fantasy » Epic, Fiction » Young adult or teen » Fantasy
Constant, dreary rain dampens Pelya’s spirits as she rides Honey through the war torn Kingdom of Paruth. Of greater worry are her new friends Verna, Calren and an energetic wyvern by the name of Nervy. In the past, she has led friends to sorrow and death. She has every reason to believe she will bring these idealistic new adventurers to their deaths too. 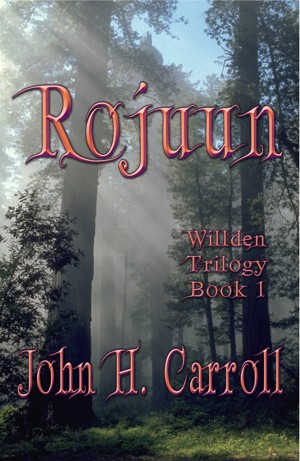 Book 1 of The Willden Trilogy: Rumors are spreading about a new race called Rojuun. They appeared from the depths of the mountains eight hundred years ago with the intention of taking over the world. Tathan of the Shadows has been charged with learning more about them. However, he must learn more about his very unusual companions before he can succeed. 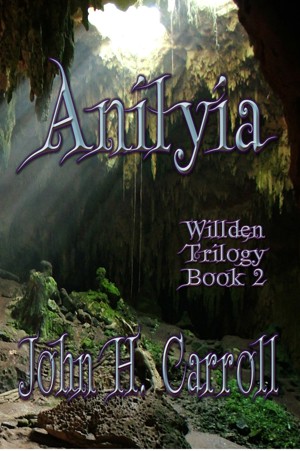 Book 2 of the Willden Trilogy begins the adventure shortly after the events of book one. Tathan and his companions meet danger with a healthy dose of humor and irreverence during their adventure. Tales of a kidnapped princess are spreading like quick-fire and the world may go poof if something isn’t done. 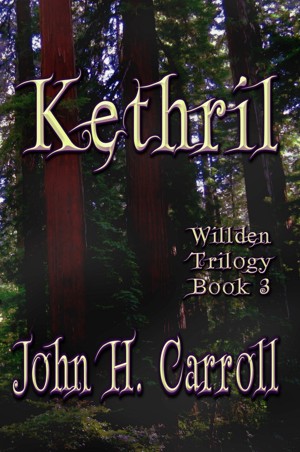 Book 3 of the Willden Trilogy: The companions have a plan to return Princess Anilyia to the Kingdom of Mayncal. As with most of their plans, events happen in an entirely different way. The others begin to learn more about Tathan of the Shadows and his murky past. That past presents barriers to accomplishing their goals and they must overcome them. 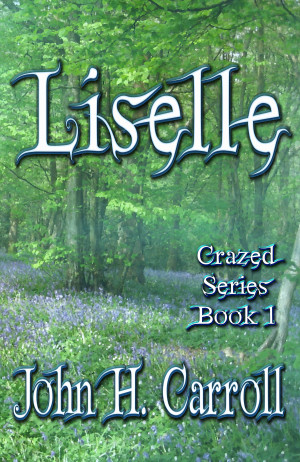 Liselle has spent the last few years living the life of adventure she always wanted. Yet she struggles with the suffering she has seen along the way. As her powers grow, the question of who she really is, or what she really is becomes a greater mystery. Join Liselle, Vevin and their new friends as they try to discover the meaning of life, and perhaps find a little treasure along the way. 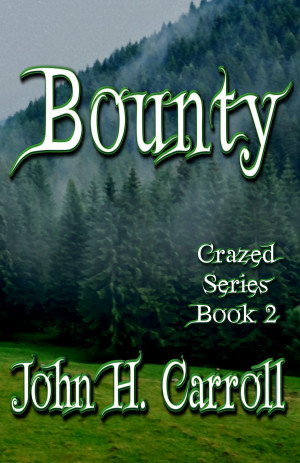 Bounty by John H. Carroll
Series: Crazed Series, Book 2 · Ryallon Chronicles, Book 12. Price: $4.99 USD. Words: 110,590. Language: English. Published: January 13, 2019. Categories: Fiction » Fantasy » Epic, Fiction » Young adult or teen » Fantasy
Circumstances force Tathan of the Shadows out of his comfortable lifestyle. With no other plans, he accepts a job from an old friend that sends him into the Western Kingdoms where a determined bounty hunter has set a trap. But will cows ruin everyone’s plans? Join Tathan and enemies in a world of magic, zombies, cows, a big squirrel and cranky flowers. 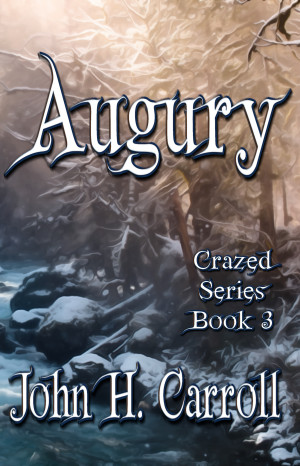 Augury by John H. Carroll
Series: Crazed Series · Ryallon Chronicles. Price: $4.99 USD. Words: 109,340. Language: English. Published: April 18, 2020. Categories: Fiction » Fantasy » Epic, Fiction » Young adult or teen » Fantasy
Auguries lead groups of unusual and powerful individuals who hope to rescue Liselle, Child of Flowers. Treacherous terrain, unhealthy relationships and undead assassins are in the way of their goals. Join our intrepid adventures as they stumble over each other on their quests of hope, frustration and determination. 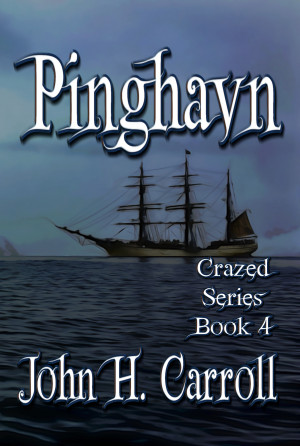 Pinghavn by John H. Carroll
Series: Crazed Series · Ryallon Chronicles. Pre-release—available September 15, 2020. Price: $4.99 USD. Words: 98,190. Language: English. Categories: Fiction » Fantasy » Epic, Fiction » Young adult or teen » Fantasy
Oft times there is a lot of journey involved before a damsel in distress can be rescued. That would be fine if our rescuers could get along work together. With each day, Liselle, Child of Flowers despairs at the stubborn refusal of her captors to release her. Join our adventurers in their angst as they sail the oceans, sit on laps and band together to make a mess of things 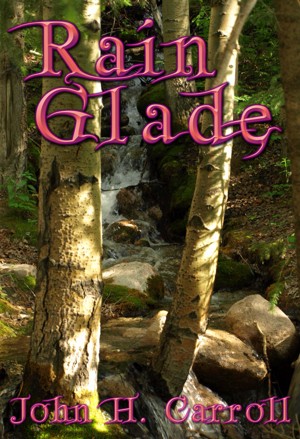 In an insignificant village lives a simple peasant girl by the name of Rain. She wonders what the future holds for her, or if the future even cares about her fate. Jacob is a young man conscripted into Lord Greffen’s militia. He discovers Rain injured one day and seeks to aid her. The world of Ryallon holds many places filled with magic and mystery. How will one such glade change their lives?