You're viewing books that have coupons you can use to get special deals. View all books in this category. 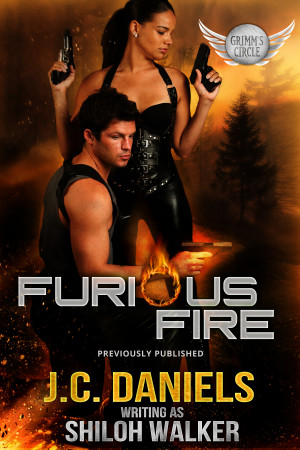 Furious Fire by J.C. Daniels
Series: Grimm's Circle. Price: $1.99 $0.99 USD. (50% off until Feb. 7!) Words: 76,970. Language: English. Published: October 28, 2019 by Shiloh Walker. Categories: Fiction » Romance » Paranormal, Fiction » Fairy tales
He is the love of all her lives... Thomas Finn, troublemaker, gunslinger, guardian angel…loner. More than a hundred and fifty years ago, he was shot in the back then brought back to life just in time to watch a demon masquerading as his best friend kill the love of his life. 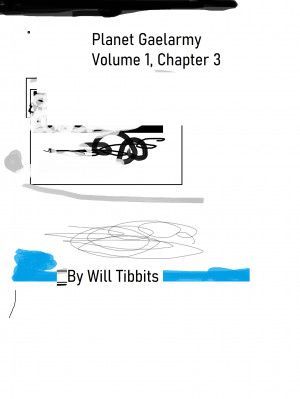 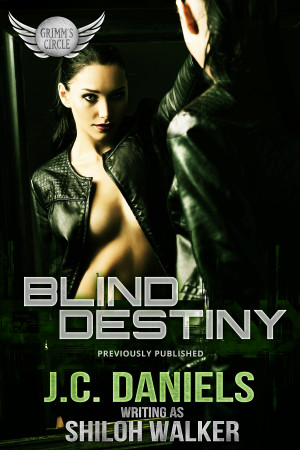 Blind Destiny by J.C. Daniels
Series: Grimm's Circle. Price: $2.99 $1.99 USD. (33% off until Feb. 7!) Words: 45,710. Language: English. Published: February 27, 2019 by Shiloh Walker. Categories: Fiction » Fantasy » Urban, Fiction » Fairy tales
Mirror, mirror on the wall...who's the baddest of them all? Myrsina knows the stories. As one of the oldest of the Grimm, she had a hand in writing most of them, but only she knows the dark origin of the Seven Bloody Sisters. It springs from the place of her birth—and her death. A place of pain and misery to which she plans to never return. Unless forced. 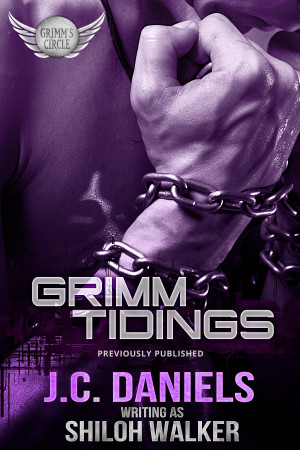 Grimm Tidings by J.C. Daniels
Series: Grimm's Circle. Price: $2.99 $1.99 USD. (33% off until Feb. 7!) Words: 38,040. Language: English. Published: January 21, 2019 by Shiloh Walker. Categories: Fiction » Romance » Paranormal, Fiction » Fairy tales
In his mortal life, the only thing Jacob liked better than money was a good brawl—until he stuck his fist into the wrong fight, and a demon sent him spinning into a new life as a Grimm. Now, a century later, he’s been called to protect someone too much like himself. A woman who could let the chains of her past drag her down unless she learns to let go. A woman who fights like there’s no tomorrow. 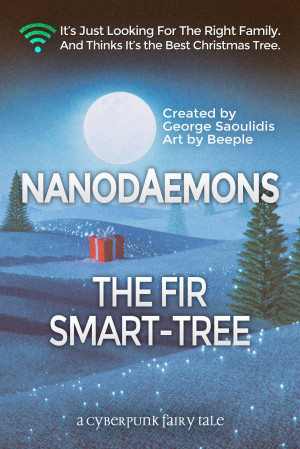 Nanodaemons: The Fir Smart-Tree by George Saoulidis
Series: Cyberpunk Fairy Tales · Nanodaemons · The God Complex Universe. Price: $2.99 $1.02 USD. (66% off until Feb. 7, 2022!) Words: 2,860. Language: English. Published: December 20, 2018. Categories: Fiction » Fairy tales, Fiction » Science fiction » Cyberpunk
When Christmas comes, the Fir Smart-Tree awaits for the best family to buy it and enjoy the holidays together. But will it manage to find a suitable family, when it’s quite expensive and sits there on the store shelf, when it is quite picky and scares away interested customers and when Christmastime is quickly about to arrive? A sci-fi retelling of Hans Christian Andersen’s The Fir Tree. 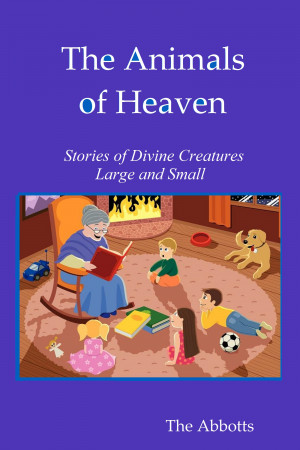 The Animals of Heaven - Stories of Divine Creatures Large and Small by The Abbotts
Price: $1.99 $1.33 USD. (33% off until Jan. 30!) Words: 6,550. Language: English. Published: March 30, 2017. Categories: Fiction » Fairy tales, Fiction » Fantasy » Short stories
Everyone loves a good story about animals told by their favourite grandmother. In this new children's' book by The Abbotts, you will hear the story of how animals got into Heaven; how the birds came to Earth; about mermaids and the talking nativity animals. A little book with a lot of heart! Illustrated in full colour for easy reading. A Beacon of Light Book. 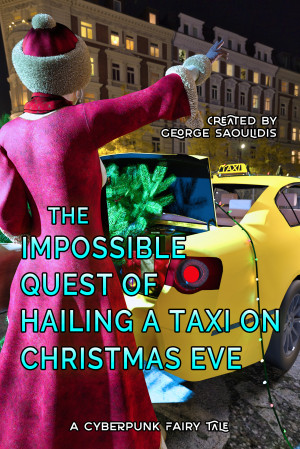 The Impossible Quest Of Hailing A Taxi On Christmas Eve by George Saoulidis
Series: The God Complex Universe · Cyberpunk Fairy Tales. Price: $4.99 $1.00 USD. (80% off until Feb. 7, 2022!) Words: 12,110. Language: English. Published: December 16, 2015. Categories: Fiction » Fairy tales, Fiction » Science fiction » Short stories
Scrooge Is Looking For A Taxi In this modern retelling of Charles Dickens' "A Christmas Carol," Scrooge is looking for a taxi to get home on Christmas Eve. But he will get the ride of his life, as he is walked through his past, his present and his future to end up a changed man. Set in modern day Athens, this science-fiction version of the classic ghost story is guaranteed to make you smile.