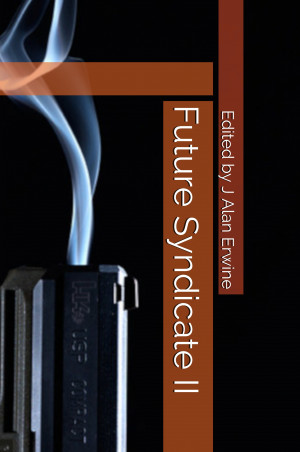 By J Alan Erwine (editor)
Many would like to think that as our species evolves, crime will disappear, but most know this is not true. Crime has always been with us, and it always will. Future Syndicate II features stories told from the point of view of the criminals, sometimes bad people, sometimes people forced to make bad decisions, but always, in the eyes of society, criminals.
Available ebook formats: epub mobi pdf lrf pdb txt html
First 10% Sample: epub mobi (Kindle) lrf more Online Reader
pdb
Price: $2.99 USD
Buy Add to Library Give as a Gift
How gifting works
Create Widget
Tags: science fiction crime fiction j alan erwine nomadic delirium press science fiction crime future syndicate ii
About J Alan Erwine