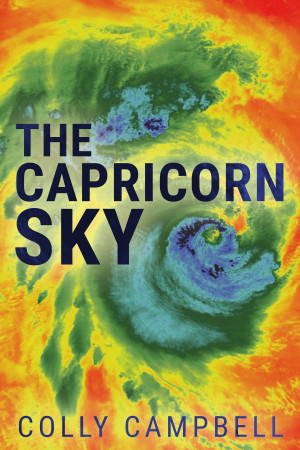 "Dystopia is no longer enough – we need writers who can imagine ways to survive and repair our damaged futures. In ‘The Capricorn Sky’, Colly Campbell brings his real-world knowledge of politics, social structures and the intricacies of human interaction together to create a compelling, convincing story that takes us off the beaten path and into a very plausible far-future Australia."
Jane Rawson, author of From the Wreck
Available ebook formats: epub mobi html
First 10% Sample: epub mobi (Kindle) Online Reader
Price: $5.00 USD
Buy Add to Library Give as a Gift
How gifting works
Create Widget
Tags: thriller speculative fiction dystopia australia climate change scifi thriller specfiction clifi future australia
About Colly Campbell

Once in Australia’s deep tropical North, Colly Campbell was a both a journalist and sometime playwright, actor and musician. In 1996 he moved to Canberra with his family and worked as a media and policy adviser in the Senate for the Australian Labor Party including Opposition Leaders and latterly for the Minister for Defence. Colly was closely involved in many Senate committee inquiries, governance reforms and multiple Federal election campaigns. He was also, for a time, Communications Director at the Australian Institute of Criminology.
Pacey crime and speculative fiction intersect in Colly’s Venn diagram of imagineering, and having worked around Government and traveled all over Australia, the future holds an endless fascination and concern.
Over the years he has published short stories, written and produced theatre and used the knife block of poetry to sharpen his language. He is now a full time writer.
He has published The Capricorn Sky and the sequel, The Kyoto Bell.

Reviews of The Capricorn Sky by Colly Campbell

You have subscribed to alerts for Colly Campbell.

You have been added to Colly Campbell's favorite list.

You can also sign-up to receive email notifications whenever Colly Campbell releases a new book.