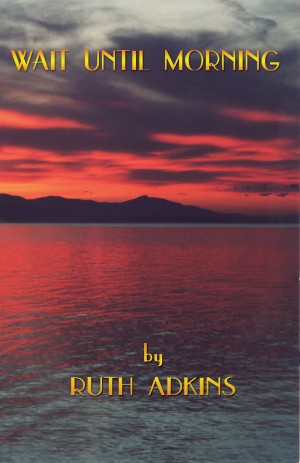 By Ruth Adkins
A story of denial and despair, follows Kate Rothwell through her life with a doting father, an interfering mother; an unreliable husband and her own deteriorating mind. The story is set in Victoria in the 1950s.
Kate Rothwell is an escapist. She denies the truth, until forced to choose between harsh reality and complete despair.Should she leave him?

A writer, presently living in Victoria, BC. Born and educated in Toronto, Ontario. Graduated at Branksome Hall Private School and a former student of the Ontario Collage of Art. She has three children and four grandchildren. She's also a poet. Previous publications have appeared in Beginning's Magazines (New York), Island Writers Magazine and more. She won the 2006 Pandora Box Contest, as well as the 2006 Tickled by Thunder Contest.

You have subscribed to alerts for Ruth Adkins.

You have been added to Ruth Adkins's favorite list.

You can also sign-up to receive email notifications whenever Ruth Adkins releases a new book.