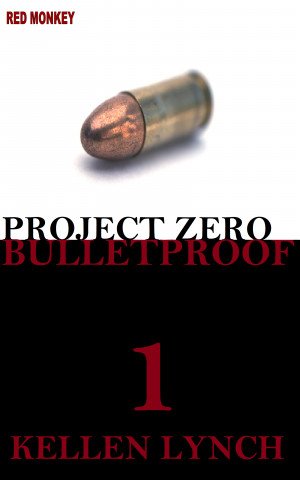 Kellen Lynch is a licensed educator. Yeah. Bet you didn't see that one coming. He enjoys reading a good book, be it comic, novel or biography, writing, playing video games, watching movies, spending time with his loving girlfriend, and, oh yeah, teaching. He is certified to teach ages 10-21. Don't ask. He doesn't know why there's an age bracket when grades would've been much easier.

Anyway, growing up and going through the public school system in Muskego, WI, Kellen always found the choices of literature lacking. Especially when it came to science fiction young adult lit. It's a real genre, I, I mean, he, doesn't care who says otherwise. So, in addition to teaching children reading and writing, he spends his time crafting stories that students like himself would enjoy reading.

First, let it be said that a review on a site where the book is being sold should be as kind as possible. No need for that here, as the author does a fine job of first, conceiving an excellent fantasy type plot, and second, executing the pace and character development in a fashion that allows the reader to enjoy the plot twists and turns.

The MC is believable all the more because of his uncertainty and self doubt. He doesn't know if he can succeed at his task, but he knows he must try. The nemeses are more misguided and misunderstood than morally vile. Their understanding of mission is simply different than Lance's, giving the novel, overall, a sense of reality imposed on fantasy.

A fine effort, well worth the time and money. Watch for later offerings from this fine young writer who will shine even more as he gains confidence in his craft.

(reviewed the day of purchase)
Nathaniel Grundy reviewed on Feb. 22, 2010

This is my first time writing a review, so be patient with me. I read your book, and overall, I enjoyed it. The characters were well-developed, if a bit archetypal; some characters seemed to only fill gaps (like the best friend) while others were more diverse and evolved in unexpected ways (like Rain, among others). The links that develop between the characters are interesting, and at times, comical. There were several times when the dialogue made me laugh out loud.

The plot has a flow to it which, as an amateur writer myself, makes me envious; but even so, I have some problems with it. The major issue I have is the ending; From the time that Lance realized the identity of his nemesis, I felt that things were being rushed. The way that this revelation instantly hit Lance was, for me, unbelievable. Either him or his father should have been skeptical about the possibility of Haize being Haze; Things just fell into place too quickly after that. Another problem I have is that I feel some issues were not properly addressed; for instance, The whole triangle between Lance, Keri and Rain is never properly resolved.

Also, some of the characters display no real change by the end of the book. While Lance and Rain's beliefs are visibly altered by the events that pass, other characters seem to fall out of the spotlight. Keri seems to develop an immense closeness to Lance, but sort of fades away towards the end. Ryan's relationship with Eva likewise builds up, but Lance's feelings about them are never firmly resolved. Finally, while Charles' loyalty to Lance seems to be communicated through action rather than words, it would still have been better if Lance had questioned Charles about Lance's suspicions regarding him. Charles displays affection to Lance by the end that is only justified by their mutual lust for revenge.

Sorry to pick apart the characters so extensively, but as I said, this is my first review. (I doubt I'm even supposed to be writing in the first person right now, but what the heck.) In any case, I hope I've at least given the author some things to think about.

You have subscribed to alerts for Kellen Lynch.

You have been added to Kellen Lynch's favorite list.

You can also sign-up to receive email notifications whenever Kellen Lynch releases a new book.