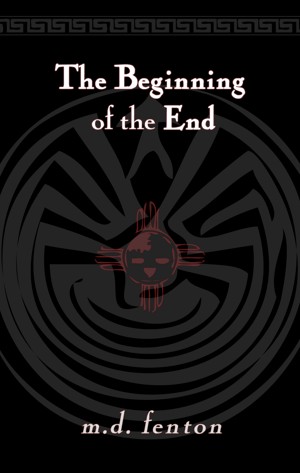 The Beginning of the End

By M.D. Fenton
David Johnston has spent most of his life trying to analyze and justify the unexplainable. Traumatized as a child by the supernatural death of his mother, David's lifelong study of the spiritual world is tested by a mysterious couple and their reckless actions. Unknowingly, they are hurtled into a world that only David knows and understands. More
David Johnston has spent the better part of his life chasing dead-ends and vanishing leads in the mysterious death of his mother. Being the only witness to her strange murder has left him bouncing from one foster home to the next with a story of Indians and ghostly apparitions.

Now, some twenty years later, he finds himself oddly drawn to a roadside motel and a beautiful young woman. Her strange, ghostly experiences flash him back to the past and to his mother’s death. He doesn’t know it yet, but his lifelong obsession with the supernatural and Native American Folklore has led him to this place, only to thrust him into a world on the brink of destruction. Using every trick he knows, he’ll have to fight to stay alive and save the world from the nastiest spirit mankind has ever known.

This supernatural web of fear and adrenaline follows two young souls down a path of self doubt, horror, and ultimately to the brink of insanity. Can they fight the terror that has become their reality? Will they survive? The only thing that stands between pure evil and the unsuspecting world it wishes to undo is, hope, belief in each other, and the unshakable will to survive. Today may be the beginning of the end.

Michael D. Fenton was born in Spring, Texas in January of 1976. He grew up just outside of Houston, Texas, and after graduating high school in 1994, attended Texas A&M University where he received his Bachelor's Degree in Landscape Architecture in 1998.

After returning to the Houston area after college, Michael worked as a Landscape Architect for a small nursery for several years before making a slight shift in his career path. Although the designing and implementation of open spaces was creative and appealing, it just didn't feed his need for creativity in the way that he had hoped. Michael changed companies, and his focus, in 2000 and began working exclusively on Computer Aided Design and 3D representations of real-world projects. The new position, which he still holds today, has allowed his creative spirit to grow in such a way, that his dream of becoming a successful writer was finally brought to the forefront.

Michael has been fascinated with the strangeness and wonder of our surrounding world, both natural and supernatural, since his youth. Always seeking the mysteries in life, his personal observations inspire his writings. Michael lives with his wife and two children in Montgomery, Texas.

Michael writes on nights and weekends and is currently seeking agent representation for his novels.

You have subscribed to alerts for M.D. Fenton.

You have been added to M.D. Fenton's favorite list.

You can also sign-up to receive email notifications whenever M.D. Fenton releases a new book.