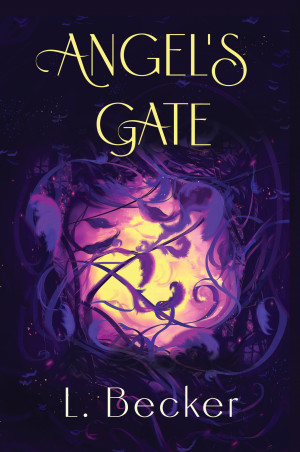 Sometimes going home opens doors that were never meant to opened... Returning home after a decade AG Morris comes face to face with a reality that should not exist. The fantasies of her mother’s troubled mind are real. Angels are real and they are fighting to protect Heaven. Pulled into a world she was born to save, AG is all that stands between humanity and the Fallen. More
Every family has secrets....

AG was raised believing in angels and demons, in heaven and in hell. Raised to fear the darkness and the world beyond her childhood home. Wanting more than a life of fear and fantasy she left it all behind the day she turned eighteen. For ten years AG built a life of her own, free from the lies that had kept her prisoner.
Free until a phone call sends her running home. Her mother is dead and torn by grief AG finds herself going back to the one place she swore she would never return.

Sometimes going home opens doors that were never meant to be opened...

Returning to Shelter Cove to lay her mother to rest brings AG Morris face to face with a reality that should not exist. The fantasies of her mother’s troubled mind are real. Angels are real and she is destined to play a part in an endless battle to protect the world.
Through her mother she is the Key, the only being capable of opening the gateway between Heaven and Earth. Through her father she is a Dark Nephilim, and he will do anything to turn her to the Darkness.
As her powers are unleashed she must choose the Light and service to God, or the Darkness and her father, who wants to lead the Fallen in a final war against Heaven. With two angels at her side, one born to battle, one to the Light, AG is pulled into a world she was born to save. She is all that stands between humanity and the Fallen.
Available ebook formats: epub mobi pdf lrf pdb txt html
First 20% Sample: epub mobi (Kindle) lrf more Online Reader
pdb
Price: $6.99 USD
Buy Add to Library Give as a Gift
How gifting works
Create Widget
Tags: romance urban fantasy demon guardian angel fallen angel angel romance demon romance warrior angels dark angel angel fantasy
About L. Becker

“This is how the End of the World shall be written: On Parchments of Flesh, with Pens dipped in Blood.”

L Becker is a writer of Paranormal Romance & Urban Fantasy working in Northern California. Her love affair with writing started young and is the only affair she devoutly nurtures. This passion has been further inspired by her path as an Eclectic Pagan and by her pursuit of a Masters in Mythological Studies. As an avid reader, her writing has been inspired by such classics as Robin Hood, Ivanhoe and Treasure Island, as well as the more contemporary works of JR Ward, Neil Gaiman, Terry Pratchet, George RR Martin and Sherrilyn Kenyon. She grew up with Nancy Drew and the Hardy Boys and when she found HP Lovecraft, Mercedes Lackey and J.R.R. Tolkien her writing took on a new life and direction.

At fifteen L completed her first full length novel, a western largely inspired by the works of Louis L’Amour and at nineteen her first publication happened with Legend of Cauterhaugh, a light romance set in the Scottish Highlands. Published in 2000 Legend of Cauterhaugh is currently out of print. Since then her work has moved into fast paced fiction with horror, fantasy and paranormal inspired themes.

About the Series: The ShadowGate

Enter a World of Shadow and Light.

In the beginning God created the Heavens and Earth, Angels and Demons, Sinners and Saints.

The Daemos and the Pure were created to serve Man, His chosen. Once His beloved servants they have now fallen from grace. Cast out from Heaven they are cursed to wander the Earth hunted by those they once served. Damned and denied, trapped in an endless battle of good and evil, they alone stand between the world and ultimate destruction.

Enter this world where good and evil are not clearly defined, where Sinners and Saints are one and the same. Where the Son of Man and the Son of God are one.

The ShadowGate: Enter and be saved.... 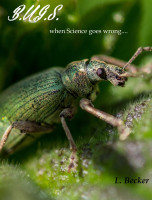 You have subscribed to Smashwords Alerts new release notifications for L. Becker.

You have been added to L. Becker's favorite list.

You can also sign-up to receive email notifications whenever L. Becker releases a new book.