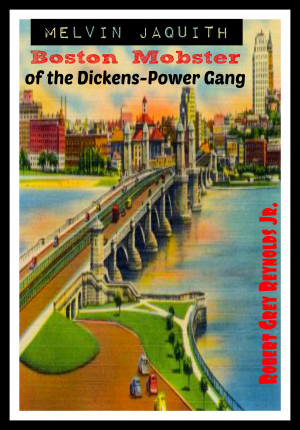 By Robert Grey Reynolds, Jr
Apprehended in Gloversville, New York on January 7, 1938, Melvin Jaquith was held in $90,000 bail. A drug store robber, Jaquith was also involved in the New Year's Eve 1937 holdup of an oil company in Stoneham, Massachusetts. Gang leader Sidney Powers was killed by police during the commission of this crime. Jaquith lived a long life. He lived for a time in Texas before moving on to Pinellas, FL. More
Melvin Jaquith was a member of the Dickens-Power gang that flourished in Boston and Schenectady in the 1930s. Sidney Power was killed in a New Year's Eve robbery in 1937. Jaquith, who was complicit in the crime, fled to Gloversville, New York, where he was arrested by police. He stayed with Powers' former girlfriend for a time before authorities took him into custody. My e-book looks at members of the Dickens-Power gang and traces biographical information about each of them.