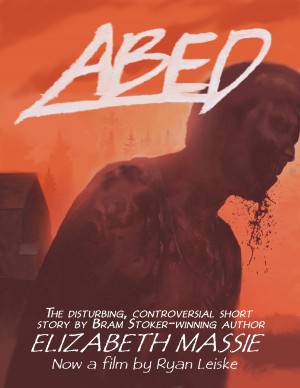 By Elizabeth Massie
Rated 5.00/5 based on 1 reviews
Abed - called one of the most disturbing horror stories ever written - was first published in the anthology STILL DEAD, edited by John Skipp & Craig Spector. You've seen plenty of stories of zombies, decapitation, "double-tapping" and gore...but if you've never experienced this story (now a film by Ryan Lieske...

Elizabeth Massie is an award-winning author of horror novels and collections, short horror fiction, licensed media tie-ins (Dark Shadows, The Tudors, Buffy the Vampire Slayer, and more), mainstream fiction, historical fiction, poetry, and educational fiction and nonfiction. Her works span a wide audience, with books for adults, young adults, middle grade readers and children, as well. Her novella “Stephen” (1991) and novel Sineater (1993) both received a Bram Stoker Award from the Horror Writers of America. Thy Will Be Done, her 2010 novelization of the third season of Showtime’s original television series, The Tudors, won a Scribe Award from the International Association of Media Tie-In Writers. Best selling author Bentley Little has said, “Elizabeth Massie is personally one of my favorite authors. Her writing is true, heartfelt, and wildly original. She is one of the greats.”

Elizabeth presents creative writing workshops up and down the East Coast to students in grades 3-12 as well as at the university level. She’s been a member of the human rights organization Amnesty International for 30 years. Elizabeth loves geocaching, hiking, and chai, and hates cheese, snobbery, and doing laundry.

She lives in the Shenandoah Valley of Virginia where she was born and grew up, and she shares life and abode with her husband, illustrator/artist Cortney Skinner. She can be reached through her website: www.elizabethmassie.com or through Facebook. 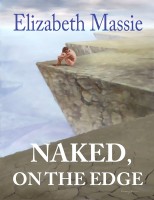 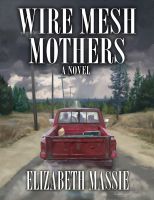 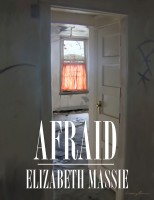 I fully admit that I do not like the zombie "genre." Like vampires, I find the whole thing just a bit silly, and very much overdone.

However, I am a fan of Elizabeth Massie's work, and was willing to try "Abed" on the strength of byline alone.

As with much of her work, Massie makes this zombie tale less about zombies and more about what zombies would mean for those "left behind." ABED begins as many of Massie's stories do, with an introduction that almost seems without direction. She slowly weaves in expert fashion a narrative that gives the reader a false sense of security, and then presents the reader with true horror. Massie does not smash the reader over the head with graphic imagery of blood and gore, or treat the reader to an onslaught of sensory overload. She builds the horror slowly, deliberately, and presents the reader with ultimately a fantastic tale told in such a way that it not only frightens or disturbs on the surface, but shakes itself into one's core.

Massie's stories are truly tales of horror not for what you read, but how they make you feel. ABED becomes a crisis of conscience and belief that heightens the tension wonderfully.

What makes ABED work so well is that it is a remarkably short tale despite the great depth of emotion and sense of place Massie evokes. That is probably her best strength: her ability to paint such a grand mental image with characters that the story cannot help but feel real, because the reader so easily connects with them. You feel their emotions and tensions, which makes the worlds Massie presents us all the more real.

ABED is a great story, despite the "oogy" feelings it evokes (it is Horror, after all). It has just been made into a short film, and while I think it has great potential to work as a film, I also think that no adaptation of Massie's work will ever surpass the raw emotions of the source material.

You have subscribed to alerts for Elizabeth Massie.

You have been added to Elizabeth Massie's favorite list.

You can also sign-up to receive email notifications whenever Elizabeth Massie releases a new book.