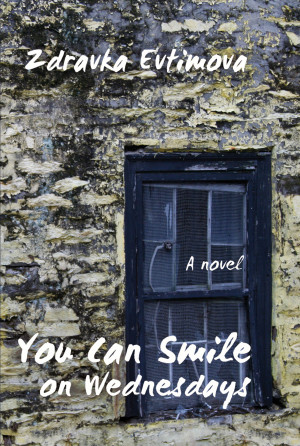 You Can Smile on Wednesdays

The Bulgarian poet Valentin Dishev was the first to define Zdravka Evtimova’s fiction as “mythical realism”. In this concept, he includes the author’s ability to create contemporary myths: through sharp realism and subtlety, Zdravka Evtimova reveals truths whose roots go back to the past and talk to the future
Available ebook formats: epub mobi
Price: $4.99 USD
Buy Add to Library Give as a Gift
How gifting works
Create Widget
Tags: village life bulgaria

Reviews of You Can Smile on Wednesdays by Zdravka Evtimova

You Can Smile On Wednesdays was a wonderfully surprising read for me. A contemporary fiction novel set in a deprived Bulgarian town, it depicts memorable scenes of poverty such as the Roma girl whose repurposed trouser leg skirt is so tight she can barely walk. I recognised hints of Eliza Tanzer's autobiography, The Girl From Nowhere, in Evtimova's fictional portrait of Radomir life. This contrasts with the vulgar affluence of local bully Yakob who, unfortunately correctly, believes in his right to seize anything or anyone he wants. I loved the tavern full of hopeless drunks whiling away their days out of their heads on cheap turnip brandy which, in their frequent plans and plots to get more booze from bar owner Anno, reminded me of Cannery Row by John Steinbeck. Evtimova's portrayal is as deft. Her characters become increasingly vivid as our tale progresses so I could understand how the relationships between everybody went further than simply familial connections.

The three sisters at the centre, at times, felt almost magical despite their dismally grounded lives. Evtimova's poetic repetion of specific characteristics and physical attributes helped to reinforce the sense that I could have been reading an adult fable. I connected most strongly with Luba whose existence is almost completely defined by her books, having taken too strongly to heart everyone's advice that book learning will be her escape from Radomir. Printed pages never actually allow her to leave the town, but she need not look up from them long enough to realise.

You have subscribed to Smashwords Alerts new release notifications for Zdravka Evtimova.

You have been added to Zdravka Evtimova's favorite list.

You can also sign-up to receive email notifications whenever Zdravka Evtimova releases a new book.