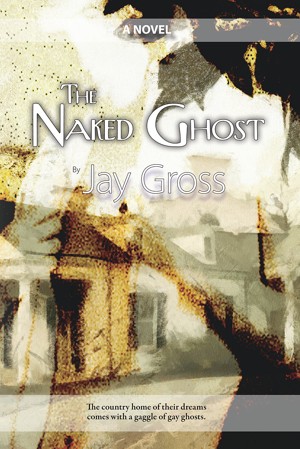 Atlanta gay couple Whit and Casey find the country home they dream of, but they soon find out that it's haunted. Big time. After a spat and some scary adventures they buy the place anyway, but have major trouble deciding to move in.

The sexy ghosts turn out to be pre-incarnations of themselves, just as funny and nude to boot. The handsome, dark-haired, geeky Whit has serious trouble accepting their existence, much less co-existing with them. The beautiful Casey readily embraces them, figuratively speaking, and leads the doubting Whit to a delicate truce with the Beings That Are Not Limited by Laws of Physics - whatever or whoever they might be or have been. In many adventures, they discover the ghosts' probably identities, interact with them for good or not, and catch them in sexy escapades that bring Casey nearly to blows. Whit threatens exorcisms, while Casey lays down the law in a more earthy fashion.

With encouragement and support from the mysterious, clairvoyant Isabel, they gradually come to grips, as it were, with the ghosts, and a good time is had by all. But what of the flirtatious waitress, the burly mechanic, the motorcycle-riding vamp?

Life in the (fictional) town of Bryson changes forever when the imperious Mrs. Plunk, who knows - or rather knew - the ghosts personally, manages to run off the town meanie, an arsonist and a bootlegger. Everything, or most of it, comes to a head during the Fourth of July celebration with a surprise coming out, a Kodak moment that Isabel won't forget, and rides on the firetruck that don't entail any fires. But those time warps. Oh, those scary time warps.

A former newspaper reporter and editor (but I've reformed!), a magazine writer and editor, Jay Gross is a non-fiction author, a freelance writer, and a commercial photographer. He's also a geek (not planning to reform anytime soon), and a novelist. A native of Aiken, South Carolina, he's called central South Carolina home since the 1970s, but admits to having lived other places, even North Carolina. He loves cats, books and classical music, and he dislikes politics and won't run for president, even if nominated.

You have subscribed to alerts for Jay Gross.

You have been added to Jay Gross's favorite list.

You can also sign-up to receive email notifications whenever Jay Gross releases a new book.