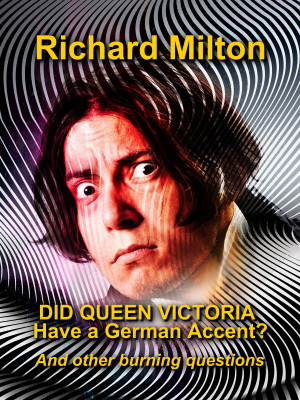 Did Queen Victoria Have a German Accent?

The wonderfully diverse subjects are handled with wit, humour, erudition and a distinctly non-conformist standpoint that verges on anarchy.

Richard Milton is a journalist and writer who writes stories most sensible people wouldn't touch with a bargepole.

His best-selling critique of Darwinism as an ideology, Shattering the Myths of Darwinism, caused a storm of controversy. His study of Anglo-German relations, Best of Enemies, has been turned into a film for German and British television. His latest non-fiction title, The Ministry of Spin, reveals how the Post-war Labour government used the facilities of the wartime Ministry of Information in secret for propaganda purposes.
His book about corporate misbehaviour, Bad Company, was chosen by The Sunday Times as its Book of The Week.

You have subscribed to alerts for Richard Milton.

You have been added to Richard Milton's favorite list.

You can also sign-up to receive email notifications whenever Richard Milton releases a new book.