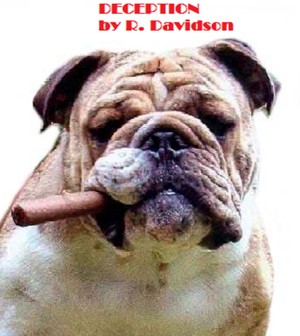 By Robert Davidson
Rated 3.67/5 based on 3 reviews
A short story in which a partner, sentenced to life for the murder of a spouse, reflects on how it all happened.

I spent my boyhood on various farms on the east coast of Scotland as the son of an itinerant, and argumentative, labourer who could hold a job no longer than a few months. (Intoxicated, one Hogmanay, he was arrested, & held overnight in the cells for ‘being drunk whilst in charge of a bicycle’.) I joined a boxing club to develop a way of avoiding daily beatings. A spin-off benefit of this was winning the Midlands of Scotland Lightweight championship.

I left Caledonia at the age of fifteen, narrowly evading Borstal, to join the British Army where I spent two and a half years in Boys Service and was posted to adult service and on stand-by for the Suez Emergency. Fortunately, that ended rather ignominiously and I shipped out to Malaya, at the height of the communist insurgency there.

On the completion of three years my next port of call was Belgium, then the UK, where, after selection and training, I served with the airborne forces and passed some time in the North, Belfast mainly, during The Troubles.

Eventually I went to Germany, where I narrowly avoided being court-martialled for punching out a fellow warrant officer who had rather over estimated his own physical capabilities.

Hong Kong followed the Fatherland where I moonlighted as an extra and stuntman for Shaw Bros and Golden Harvest Film studios. I appeared, albeit briefly, in ‘Bruce Lee and I’, episode nine of Hawaii Five O, and a myriad of other features produced purely for consumption by the Chinese cinema goer.

Returning to Europe I was recruited by a head-hunter on behalf of the U.S. Government and after several courses in CONUS served in most of the European countries, Israel & Turkey. I managed at this time to obtain two degrees from the University of Maryland and travel extensively on mainland Europe as a tour manager for a holiday firm concentrating on American clientele.With the downsizing of the U.S. presence in the European theatre a friend offered me the job of convoy manager, ferrying humanitarian aid to the beleaguered cities and towns of Bosnia-Herzegovina, under the auspices of UNHCR, during the conflict in the early nineties in the former Yugoslavia.

I retired to the UK and took up golf, wrote The Tuzla Run and have offered my body, piecemeal, to medical science, which is currently in possession of three per cent of it, while I retain the rights to the balance — so far. Since then, life has become so boringly uncomplicated and decidedly humdrum that I’ve decided to write a sequel to The Tuzla Run with the working title of The Poisoned Chalice. Spider and Rath will appear on stage once more but the villain supplanting Colonel Paroski will be Liam McDermot, the older, nastier brother of Calum McDermot, deceased. 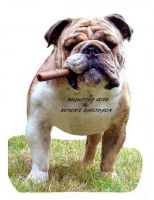 I read it all, a cohesive story never developed in my brain.

Clever, clever, clever. I re-read the story from the beginning and to me that is a sign of a nicely written short story. Great work. I'd change the category this is listed in. It's not an essay.

What a wonderful surprise!
Here's a fascinating short story to enjoy over coffee (I just did). Sensitively written, and with a terrific ending.
You won't see it coming!

Davidson is an author worth following.

(review of free book)
J. Adams reviewed on Oct. 30, 2011
(no rating)
Book cover violation. No title, no author name. The rest of us have spent our money to observe your rules.

You have subscribed to alerts for Robert Davidson.

You have been added to Robert Davidson's favorite list.

You can also sign-up to receive email notifications whenever Robert Davidson releases a new book.