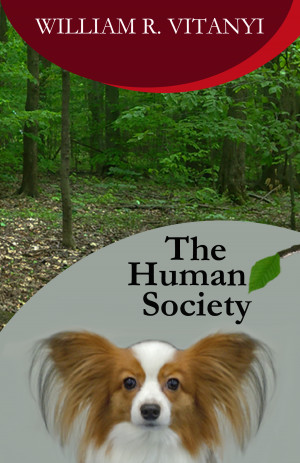 Wiliam R. Vitanyi lives in northwestern Pennsylvania with his family and many pets, with whom he often converses. He is an Edinboro University of Pennsylvania alumnus, with a Bachelor's degree in Russian Language and additional certifications in computer programming and operations.

His books include topics as diverse as canine fiction, office humor, technological fiction, and photography.

Bill has appeared in several independent films, and served as script supervisor. He won third place awards for his writing at the St. David's Christian Writers Conference. In 2008 he won an IPPY award (humor) for The Official Guide to Office Wellness.

Of writing, Bill says organization is important. One day he hopes to attain this, but until then he will either wing it, or outline with a passion.

Reviews of The Human Society by William R. Vitanyi

You have subscribed to alerts for William R. Vitanyi.

You have been added to William R. Vitanyi's favorite list.

You can also sign-up to receive email notifications whenever William R. Vitanyi releases a new book.