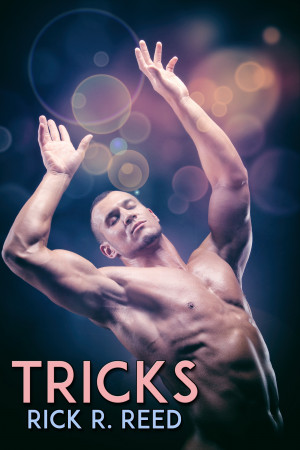 Arliss is a gorgeous young dancer at Tricks, the hottest club in Chicago’s Boystown. Sean is the classic nerd, out of place in Tricks, but nursing his wounds from a recent breakup. When the two spy each other, magic blooms.

First 20% Sample: epub mobi (Kindle) lrf more Online Reader
pdb
Price: $4.99
$3.49 USD
Buy with coupon Use the code AGB30 at checkout for 30% off during our site-wide promotion!
(Offer good through April 20, 2020 )
Have a better coupon?
Add to cart, then apply your coupon
Add to Library Give as a Gift
How gifting works
Create Widget
Tags: gay
About Rick Reed

In their October 2006 issue, Unzipped magazine called Rick R. Reed: “The Stephen King of gay horror.” Reed has published ten novels, including the EPPIE-award winning Orientation in 2008, two collections, and his short fiction has appeared in more than 20 anthologies. He lives in Seattle, WA. Visit him on the web at rickrreed.com or rickrreedreality.blogspot.com.

You have subscribed to alerts for Rick Reed.

You have been added to Rick Reed's favorite list.

You can also sign-up to receive email notifications whenever Rick Reed releases a new book.