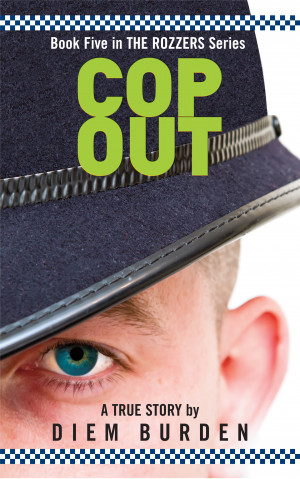 By Diem Burden
Follow the author as he embarks on the next stage of his career as a Police Sergeant, how he copes with the demands of the new job, and of how he moves on from his life as a cop.

Closure, all we need is closure ... More
Officer Burden finally passes his drawn-out promotion exams and gets bumped up to sergeant, a job he's been chasing after for a number of years. On receiving his stripes, he is told that he has to decide if he is 'on the Chief Constable's train, or not ...' At the time, he had absolutely no idea of where that particular train might be heading ...

Meanwhile, after a beautiful woman walks into his jacuzzi at the local gym, things begin to heat up rapidly, resulting in a completely new and unexpected path opening up before him. Yet again ...

This is the fifth and final part of The Rozzers series.

Addicted to writing since 2008, I seriously smiled when my first publication – a short story based on my life – hit the #1 spot in numerous categories on Amazon & Kobo, and has been there, more or less, ever since.
This was followed by three subsequent books in the series, epublishing one a year, each increasing in size over its predecessor. Book 5 finally came in 2020, to conclude that series, and a paper version is also coming.
I'm now working on the next sixteen books, which include a six-book fantasy series based on Dreams.
In 2020, I am going to become a full-time writer. It's fair to say that I'm going to be around for a while.

About the Series: The Rozzers

Five short stories combine to offer you the complete experience of life as a cop in the UK in the 1990s. Each book takes you through one of the various stages of the author's career, from his decision to join the police in the first place, all the way through to his decision to quit, 12 years later.

Horrifying incidents, hilarious anecdotes, and downright unbelievable bureaucracy combine to make this a must-read for anybody interested in British policing.

Also in Series: The Rozzers