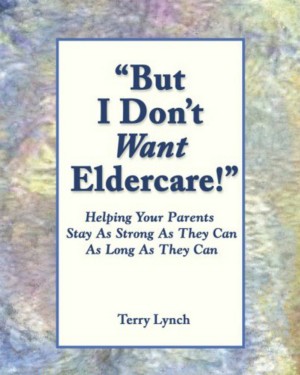 "But I Don't Want Eldercare!"

By Terry Lynch
Rated 5.00/5 based on 1 reviews
“But I Don’t Want Eldercare!” is packed with useful, easy-to-understand information on a wide range of care topics from communicating with aging parents to heading-off and tackling medical problems, creating a safer home, finding in-home helpers and making difficult decisions. More
“But I Don’t Want Eldercare!” is a down-to-earth and unique guide to maintaining that control. Terry Lynch, the author took years to learn what he shares here in a concise, easy-to-follow format. Just an hour with this guide can improve your parents’ lives, and yours. You have more control over preventing and overcoming problems related to aging than you realize.

This guide will show you how:
• Health problems dismissed with “your parent is old” can be reversed — or prevented.
• Older people can recover from serious injuries or illness.
• Your parents can remain self-reliant and safe with practical and relatively inexpensive support.
• You can make difficult decisions under pressure.

The most important lesson in this guide is that we can maintain quality of life — for our parents’ and for ourselves — even in difficult circumstances.

Terry Lynch writes about what he knows best: Assisting parents who need your help. This guide also will be valuable if you are concerned about your spouse, another family member, a friend or yourself.

Terry Lynch is the Owner of Strategies for Independent Aging LLC. He has been advancing the independent living cause since 1977, when he served as assistant to the Director of the White House Conference on individuals with disabilities. He then managed a federal disability rights program and had a key role in developing what is now the National Disability Rights Network.

Prior to his involvement with the White House Conference, Terry participated in government initiatives to improve education opportunities for low-income children and remove barriers to school desegregation in Southern school districts

In 1980 Terry received a federal government award for initiating disability rights projects in minority communities. In 1985 the National Association of Protection and Advocacy Systems honored him with an award for his work in promoting the civil rights of people with disabilities.

Terry left Washington, D.C. in 1985 to establish his consulting and public speaking business in Racine, Wisconsin. He soon began living his work. Terry helped his mother remain at home for the next ten years, in spite of significant medical problems and a memory disorder that stole her ability to manage daily life.

Through this illuminating personal experience and his work with other families, Terry learned that we have more control over the quality of our lives as we age than we realize. His business is devoted to helping frail elders, people with disabilities, and their families maintain this control.

Terry is involved in state and national initiatives to develop “self-directed” in-home services. He also serves on the Racine County Commission on Aging and Board of the Aging and Disability Resource Center. He is a member of the Kenosha County Long-Term Care Workforce Alliance.

In 2006, Wisconsin Governor Jim Doyle appointed Terry to the state Board on Aging and Long-Term Care. He is a member of the Executive Council of AARP-Wisconsin and the Board of Care Wisconsin First.

His essay on making informed long-term care decisions is featured on the web site of the PBS documentary, “Almost Home.” 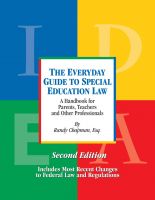 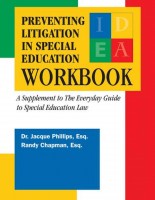 I don't have time to worry about how well I write this. The book is VERY good. I no longer care about trying to get inheritance and have much greater understanding and empathy of what seniors go through. I'd been avoiding getting involved with senior stuff in the community (even though I qualify - barely) but now I'm greatly inspired to help and learn. All my inspiration didn't come from the book. I did a lot more research because I was trying to help a relative contest guardianship & conservatorship. The book inspires compassion, greatly educates on several levels and gives you much in the way of leads and understanding of how to be prepared.

You have subscribed to alerts for Terry Lynch.

You have been added to Terry Lynch's favorite list.

You can also sign-up to receive email notifications whenever Terry Lynch releases a new book.