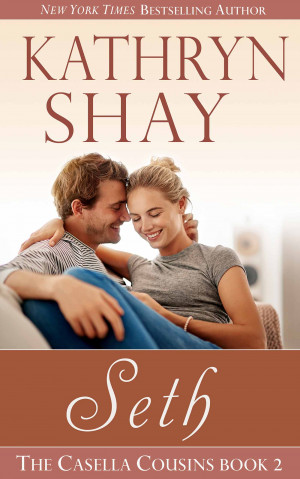 By Kathryn Shay
He took her for granted in their young life together but now he wants her back. She's having none of his pleas for a second chance, not after he broke her heart in a million different ways. More
The Casella Cousins Novella 2: Seth

He took her for granted in their young life together but now he wants her back. She's having none of his pleas for a second chance, not after he broke her heart in a million different ways.

Legal Aid Attorney Seth Casella is a truly good guy. Or so everybody thinks. But he’s got a darker side, one that surfaced when he repeatedly betrayed his former girlfriend, Julianne. He tells her he’s changed, but she doesn’t buy it.

Music therapist Julianne Ford is sick of being the forgiving, good girl next door. Not only does she reject Seth’s overtures—again!—but she's taking her own walk on the wild side now, and she likes it. Most of the world sees them as defenders of the poor and neglected, and they are, but together they just can’t get it right.

A heart-breaking legal aid case for Seth and the challenge of helping her dysfunctional students using her beloved music background complicate their search for the way back to each other and a reunion that will last forever.

A NEW YORK TIMES bestselling author, Kathryn Shay has been a lifelong writer and teacher. She has written dozens of self-published original romance titles, print books with the Berkley Publishing Group and Harlequin Enterprises and mainstream women’s fiction with Bold Strokes Books. She has won five RT Book Reviews awards, four Golden Quills, four Holt Medallions, the Bookseller’s Best Award, Foreword Magazine’s Book of the Year and several “Starred Reviews.” Her novels have been serialized in COSMOPOLITAN magazine and featured in USA TODAY, THE WALL STREET JOURNAL and PEOPLE magazine. There are over five million copies of her books in print, along with hundreds of thousands downloaded online. Reviewers have call her work “emotional and heart-wrenching.”

About the Series: The Casella Cousins

Also in Series: The Casella Cousins

Reviews of Seth by Kathryn Shay

You have subscribed to alerts for Kathryn Shay.

You have been added to Kathryn Shay's favorite list.

You can also sign-up to receive email notifications whenever Kathryn Shay releases a new book.