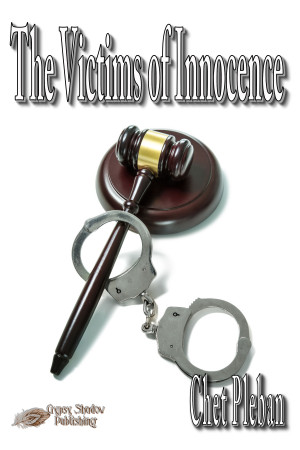 The Victims of Innocence

By Chet Pleban
When a man convicted of rape, after spending seventeen years in prison, seeks a DNA test to prove his innocence, evidence of prosecutorial, judicial and political corruption surfaces. More
Judge Joan Cardwell is back. As an assistant prosecutor many years ago, she prosecuted a black man for rape. After seventeen years in prison, Larry Jenkins contacts the Innocence Project proclaiming his innocence and seeking a DNA test. At the insistence of Cardwell, Karen Braxton, the elected prosecutor, resists the DNA test. Her resistance leads to an evidentiary hearing. As the evidence develops in the Jenkins case, the prior murder prosecution of Garner Lee, the son of Cassandra and Senator Winston Lee surfaces. Questions are raised as to whether that murder case was fixed by Braxton, Cardwell, Cassandra and Senator Lee to protect the senator’s gubernatorial candidacy. Did the senator put Cardwell on the bench and would the favorable resolution of the murder case be a payback?

As the Innocence Project and Jonathan Felbin gather the evidence for a DNA test, Braxton becaomes concerned. Something may not be right with the way Cardwell handled the Jenkins case. Did she prosecute and convict an innocent man who had spent the last seventeen years in prison for personal political gain? Was perjured testimony used to obtain the rape conviction? Although not involved in the decision to prosecute Larry Jenkins, Braxton was involved in the Garner Lee murder prosecution. Will her role along with the involvement of the Lees and Judge Cardwell be uncovered? Will Garner Lee who has repeatedly denied killing his girlfriend, Amy Deland, be exonerated with the identification of the real killer? Will Larry Jenkins be freed? Will Garner Lee and Larry Jenkins be vindicated? Or will Joan Cardwell, Karen Braxton, Cassandra and Winston Lee be allowed to remain in their offices as though they did nothing wrong?
Available ebook formats: epub mobi pdf lrf pdb txt html
First 20% Sample: epub mobi (Kindle) lrf more Online Reader
pdb
Price: $5.99 USD
Buy Add to Library Give as a Gift
How gifting works
Create Widget
Tags: crime drama mystery police lawyers courts legal fiction chet pleban felbin legal drama series
About Chet Pleban

For the past 40 years, Chet Pleban has spent his days in a courtroom talking to juries, trying to convince them that his client was right and the opposition wrong. Many of his clients are police officers who find themselves on the wrong side of the law. In addition to representing people accused of criminal acts, he also represents those who suffered serious injuries and whose employment was wrongfully terminated. For the most part, he has spent his career representing the underdog and fighting big government or large corporations. Many of his cases are high profile. He is embraced by the media and despised by his opponents. Repeatedly, people would tell him, “Your cases are so interesting, you should write a book.” So, he did.

Conviction of Innocence was a three year project that he wrote while spending the winter months in Florida away from not only the St. Louis weather but also the demands of a busy law practice. Prior to this work, his writing experience included appellate briefs and court memoranda. There are those, including some judges, who would say that is where he got his start writing fiction.

While continuing to write during the Florida winters, Pleban divides his time during the summer months between his home in St. Louis where he continues in the active practice of law and his summer home at the Lake of the Ozarks. Additionally, he enjoys his three children, Mimi and Jake who live in Chicago, and J.C., the oldest, who also practices law in St. Louis. In particular, an African safari with his daughter and golf trip to St. Andrews in Scotland with his two sons, were some of the most enjoyable and memorable times of his life.

About the Series: Felbin Legal Dramas

Reviews of The Victims of Innocence by Chet Pleban

You have subscribed to alerts for Chet Pleban.

You have been added to Chet Pleban's favorite list.

You can also sign-up to receive email notifications whenever Chet Pleban releases a new book.