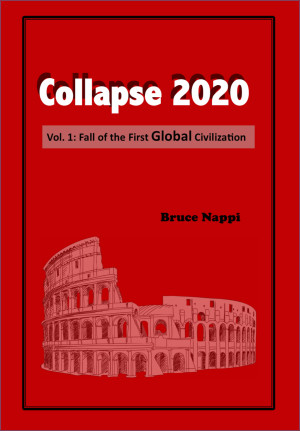 As great as the books Atlas Shrugged, Origin of Species and Maslow’s Hierarchy were, they were still unfinished milestones in the progress of civilization. Are you ready to take the next step? This book will take you there!

In this book, many revolutionary breakthroughs will be presented.

One of these is a new theory for the structure and function of the human brain. This theory, for the first time, describes what “human consciousness” is, AND how the brain produces it. YES, this model can be programmed into a computer. A second discovery was a new theory for how humans learn language. Unlike traditional theories that focus on "logic" and "reasoning" in the learning process, the discovery observed that all infants first create language structures primarily as sound patterns that lead to controlling what others do. Logic only enters the picture much later. This has profound results for human psychology.

The new brain and language theory leads directly to a new explanation for human behavior based on a new interpretation of what society calls the "Seven Deadly Sins." (This is not a religious interpretation.")

These three new models lead to a new interpretation of the “singularity”. The models explain that the singularity has already passed, and why humanity missed it. The models also explain that “the Machines” won’t be coming as "robots" to take over the world. But that doesn’t mean humans will still play a major part in their world!

The new theory of human language clearly explains the destructive polarization of human society and the gridlock in governments that dominates modern life.

All of these discoveries together lead to new theory of democracy I call Personalized Democracy. The reason democracy is failing is explained, why it can’t be fixed, and a new form that WILL work is outlined. A detailed description is the basis for Collapse 2020 Vol. 2 that will appear shortly.

In 1964, two Eagle Scouts were selected by national competition to accompany U.S. Navy explorers on an expedition to the North Pole. Bruce was one of them. He graduated from MIT in 1969 after 4 years with both BS and MS degrees in Aeronautics and Astronautics – yes, a true MIT rocket scientist. His 40 year career included: 7 years in government labs - 4 years weapon systems, 3 years fusion power systems; 14 years as a small business engineering executive developing robots, computer systems, and medical instruments; 8 years in the hospital environment developing advanced medical systems; 6 years consulting for small businesses; and 5 years as director of the medical education simulation center at U. Florida, College of Medicine in Jacksonville. While there he co-founded the first all medical middle-high school in the U.S.

Like the Journey of Discovery that Darwin made on the Beagle and Einstein made into the cosmos, his 40 year very diverse career at the “bleeding edge” of technology led to many major discoveries. But, unlike the joys of exploring flora, fauna and the mysteries of the cosmos, his journey took him through a quagmire of lies, corruption and incompetence. He looked for wisdom; but found mostly superstition. He kept asking himself, “how could society even function with so much misinformation?” He came to realize that the real frontier for society’s passage into a just and beautiful world wasn’t in some far off frozen place. It was here, surrounding us - like a fog - holding our society hostage. Searching to understand this fog took him to the fundamentals of knowledge. And like Darwin and Einstein, he uncovered some very profound insights which could allow society to finally answer some of the greatest unanswered questions of the ages.

Bruce lives in Massachusetts and continues to focus on his life long pursuit to understand the meaning of life. Others can join that effort by participating in the work of the A3 Society (A3society.org) and the A3 Research Institute (A3RI.org). You can contact him directly through those organizations.

About the Series: Collapse 2020

Collapse 2020 digs into the major chaos of today’s world: climate change, liberal-conservative polarization, gridlock in governments, and massive social injustice. It provides NEW understanding for what has and is going wrong. What makes this series unique it that it presents major new discoveries from over 30 years of unpublished research and doesn’t rehash conventional ideas. Unfortunately, humanity has already gone over the tipping point. The civilization we know will collapse. But again, this series is unique. It provides revolutionary solutions for those who survive to build a world that will NOT repeat the 10 millenniums of carnage that have defined humanity.

You will discover, for the first time, a new theory of the human brain, and human consciousness. Based on these discoveries, a new form of democracy can be created that eliminates most of the corruption that has prevented true social justice among people.

As great as the books Atlas Shrugged, Origin of Species and Maslow’s Hierarchy were, they were still unfinished milestones in the progress of civilization. Are you ready to take the next step? If so, this series will take you there!

You have subscribed to alerts for Bruce Nappi.

You have been added to Bruce Nappi's favorite list.

You can also sign-up to receive email notifications whenever Bruce Nappi releases a new book.